Technology likely to be used by app developed for HSE 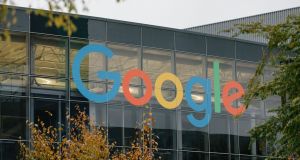 Some 22 countries and a number of US states have already requested access to the Google/Apple tool, with more expected in the coming weeks. Photograph: The New York Times

Google and Apple have released their Covid-19 exposure notification tool to public health authorities, clearing the way for countries to launch apps to help trace contacts of confirmed coronavirus patients.

Some 22 countries and a number of US states have already requested access to the tool, with more expected in the coming weeks.

The contact tracing app being developed by Waterford-based Nearform for the HSE is expected to use Google and Apple’s technology.

The technology, which is only available for official public health apps, uses bluetooth used to alert someone if they have been in contact with a person diagnosed with Covid-19.

The system will not replace traditional contact tracing, but is a new tool aimed at making the process easier. Public health authorities will also be able to determine what they consider exposure to be, and how many exposure events an individual has had

The system will allow health apps on iOS and Android to “talk” to each other, compiling a list of contacts based on beacons sent out through bluetooth that can be recorded and stored securely on any device that comes within range. To help protect privacy, the beacon includes a string of random numbers that change every 10-20 minutes and are not tied to a user’s identity.

This can happen in the background, helping to preserve battery life. The additional use of Bluetooth for exposure notification will be minor or trivial compared to other Bluetooth connections, senior engineers at Apple and Google said.

The two companies have pledged to protect the privacy of their users, and have further strengthened policies and privacy protections since the initial announcement in April. Bluetooth keys will now be randomly generated and all metadata associated with Bluetooth will be encrypted.

Applications will not be allowed access to location services, nor will they be able to carry advertising. The apps must also connect the minimum amount of data necessary.

The exposure notification system does not turn on automatically, with users needing to explicitly give consent to enable it. Users will also have to give permission for any data, even anonymised, to leave the phones.

The two companies also pledged to disable the service, which has been designed specifically with Covid-19 measures in mind, once the pandemic has eased.

Apple and Google announced last month they would co-operate on a system for notifying people who have been in contact with those who have a positive Covid-19 test in a bid to slow the spread of the virus.

The initial phase involves the application programming interface released on Wednesday. The second phase will see that technology built into the underlying operating systems on Apple and Android phones, meaning people will not need to download a separate contact-tracing app.