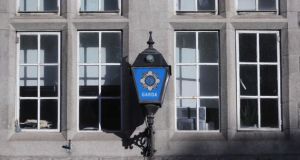 A man has been arrested after a woman died in a suspected hit-and-run in Co Kildare on Monday evening.

Gardaí and emergency services were alerted shortly after 8pm after the pedestrian was discovered with serious injuries on Thomas Street, in Newbridge.

It is understood the woman, who aged in her 40s, was hit by a vehicle, which then appears to have fled the scene afterwards. The woman was rushed by ambulance to Naas General Hospital, but was pronounced dead a short time later.

A postmortem examination is to take place, the outcome of which will determine the course of the Garda investigation. The local coroner has also been notified of the death, gardaí said.

The man, who is in his 50s, was arrested on Tuesday evening and is being detained at Kildare Garda station.

An Garda Síochána is appealing for any witnesses to the incident to come forward. A Garda spokesman said “anyone who may have witnessed this incident or with camera footage (including dash cam) from the area at the time is asked to contact investigating gardaí”.