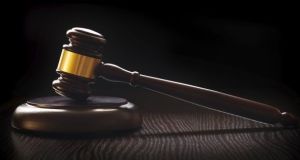 A Lisburn man has admitted admitted kicking his 15-week-old puppy to death.

Standing in the dock of Craigavon Crown Court, 24-year-old Marcus Sarre entered a guilty plea to a single count of causing unnecessary suffering to the puppy on April 14th this year.

The particulars of the offence indicate that Sarre “caused unnecessary suffering to a German Shepherd type canine (pup) known as Lilo and you knew or ought reasonably to have known that the said act or failure to act would have that effect or was likely to do so.”

None of the surrounding facts was opened in court on Tuesday but when Sarre first appeared last April, a police officer gave evidence that “he has kicked the dog and it’s died, that’s the long and short of it.”

The constable told the court that Sarre had made “full admissions” during interviews to kicking 15-week-old Lilo.

The court heard officers were called by neighbours who heard someone “in distress” believing it was a domestic type incident but when they arrived, it was Sarre himself who was in a distressed state.

“What he has said is that he had consumed substances, was angry and struck the dog,” defence counsel Damien Halleron told the court at that stage, “he didn’t mean to harm or kill the dog.”

He submitted however the incident happened “in circumstances of his mental health” and with a psychiatric assessment to be carried out as soon as possible, Sarre “just snapped....it’s an unusual, strange and distressing aberration on this man’s record.”

In court on Tuesday Mr Halleron asked for sentencing to be adjourned to allow probation to compose a pre-sentence report and for Sarre to be granted bail in the meantime.