Juvenile arrested over murder of man found in Tallaght park 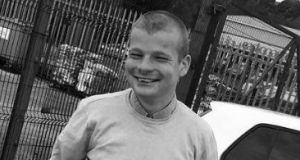 Gardaí investigating the murder of 23-year-old Adam Muldoon in Tallaght have arrested a young man on Sunday morning.

Mr Muldoon was found dead in Butler Park, Tallaght, west Dublin at around 6:30am on Saturday.

The young man, who is under 18 years of age, is being questioned at Tallaght Garda Station. He can be held for up to 24 hours under Section 4 of the Criminal Justice Act, 1984.

Gardaí believe Mr Muldoon had been sleeping rough in the area, which is off the Cheeverstown Road, for some time.

The scene was sealed off and a forensic examination took place on Saturday.

Mr Muldoon’s body was found near a pathway in the park, and was removed from the scene on Saturday.

Speaking at a Garda press briefing on Saturday afternoon, Supt Ian Lacken made an appeal for any witnesses, who were in the area at the time.

“I would like to appeal to anyone who may have been in the park between 11pm last night and 6.30am this morning and to any motorists who may have been travelling along the Cheeverstown Road who may have information to offer to contact us at Tallaght Garda station or on the Garda confidential line,” he said.