Human rights court to rule if ‘hooded men’ were tortured 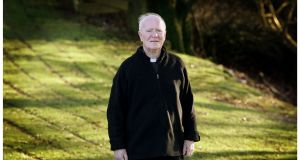 Fr Denis Faul: took up the cause of the 14 men who had been taken to Ballykelly army base and subjected to ‘inhuman and degrading treatment’. Photograph: Alan Betson

The European Court of Human Rights (ECHR) in Strasbourg will rule on Tuesday on whether 14 men interned in Northern Ireland in 1971 were tortured.

The court ruled in 1978 that the treatment of the so-called “hooded men” had amounted to inhuman and degrading treatment, but not torture.

The case was taken by the Irish government against the UK, and a revised ruling was sought in 2014 on the basis of new information disclosed by RTÉ.

The ECHR, which sits in Strasbourg, is an international court that hears cases involving alleged breaches of the European Convention on Human Rights, article 3 of which prohibits torture and degrading treatment.

The 14 men were taken to Ballykelly army base in Co Derry and made to stand in a strained, spread-eagled position against a wall; deprived of food and water; deprived of sleep; hooded; and subjected to white noise.

Ireland alleges that the new evidence, if known at the time, would have led to a finding of torture. The new evidence is contained in UK documents released to the public archives since the original hearing.

The court allows a party to request that a finding be revised “in the event of the discovery of a fact which might by its nature have a decisive influence and which, when a judgment was delivered, was unknown to the court and could not reasonably have been known to that party”.

Ireland argued that the new documents show the London government knew its core argument at the original hearing – that the effects of the five interrogation techniques used on the men were not severe or long-lasting – was untrue.

The ruling from the court is expected at approximately 9am Irish time. A press conference with some of the men affected is to take place in Belfast at 11.30am.

Following the revelations in the RTÉ programme, Amnesty International requested the Irish Government to seek a review from the ECHR. It also demanded an independent inquiry in the case of the men.

Amnesty has backed the men’s campaign for decades, and first reported on their torture during a 1971 mission to Northern Ireland to investigate internment. What happened to the men was also taken up by Catholic priests Fr Raymond Murray and Fr Denis Faul.

The decision to use the controversial methods in Northern Ireland was a political one taken at a high level in London, the released documents indicate.

Amnesty has said the 1978 ruling of the Strasbourg court has been relied upon by the US, Israel and the UK in the so-called War on Terror.

“The 1978 European Court judgment was, in our view, erroneous, and it created a terrible precedent,” Amnesty’s Patrick Corrigan has said.

The techniques used against the men in the secret interrogation centre in Ballykelly had been used by the British army over decades in a number of former colonies.