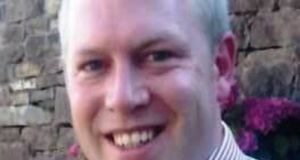 The Garda Síochána Ombudsman Commission (Gsoc) is seeking an order compelling the Special Criminal Court to hand over transcripts to aid in its investigation of the circumstances surrounding the murder of Garda Tony Golden.

Gda Golden was shot dead by Adrian Crevan Mackin in Omeath, Co Louth, on October 11th, 2015, while accompanying Crevan Mackin’s partner, Siobhán Phillips, to her house to collect her belongings.

Ms Phillips was moving out due to physical abuse from her partner. During the incident, Crevan Mackin also shot and seriously injured Ms Phillips before taking his own life.

Last April, an RTÉ Investigates programme presented evidence Crevan Mackin was acting as a Garda informant in 2015 and that this was connected with a decision to grant him bail prior to the shooting, despite Crevan Mackin having being charged with a serious offence.

In January 2015, Crevan Mackin was arrested by gardaí following a tip-off from the FBI he was importing firearms. He admitted the offence but was not charged with it. Instead, he was charged with membership of the IRA and granted bail 10 days later by the Special Criminal Court.

His solicitor Paul Tiernan claimed Crevan Mackin told him he had been sent to the political wing of Portlaoise prison to “spy” on the Real IRA but was not allowed on the wing by other dissident republicans. This led to the decision to free him on bail.

The RTÉ programme also raised questions at to why gardaí at both Dundalk and Carlingford stations allegedly failed to act on complaints of domestic violence against Ms Phillips by Crevan Mackin prior to the shooting.

The investigation is examining whether gardaí acted appropriately upon their knowledge about his access to firearms and explosives, “including taking measures to mitigate the serious risk that this potentially posed to Siobhán Phillips, the general public and members of the Garda Síochána”, Gsoc said.

It is also looking at “whether Siobhán Phillips and her family were treated properly by all members of An Garda Síochána and their complaints acted upon appropriately”.

It is understood Gsoc investigators are keen to establish what, if any, objections gardaí made to Crevan Mackin being granted bail at the Special Criminal Court.

Last July, investigators asked the Special Criminal Court for transcripts of the 12 occasions Crevan Mackin’s case was mentioned at the court, including the hearing where he was granted bail 10 days after his arrest.

The court ruled it could not comply with Gsoc’s request as it did not have the jurisdiction.

Ms Justice Isobel Kennedy told counsel the High Court had jurisdiction and it was a matter for Gsoc whether it wished to make an application there.

This led to the unusual situation of Gsoc having to bring the Special Criminal Court to the High Court to gain access to the transcripts.

On Monday this week, Gsoc lodged papers in the High Court concerning the case. It is expected the proceedings will be served on the registrar of the Special Criminal Court on Wednesday and the case will be heard shortly.