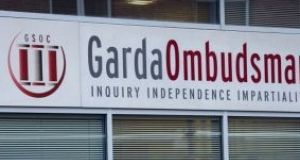 The Garda Síochána Ombudsman Commission (Gsoc) has defended its decision to access journalists’ phones while investigating gardaí for alleged leaks, saying members of the public who provided information to help Garda investigations did not expect to see it emerging in the media.

In its first public comment since the policy was revealed, the Garda watchdog said it was the legislators, under the Garda Síochána Act 2005, who decided such leaks were serious criminal offences carrying a jail term of up to five years. It was also the legislators who gave Gsoc and other agencies the power to access telephone and internet data during investigations of such serious offences.

A jointly-written article in these pages by the chair of Gsoc Ms Justice Mary Ellen Ring and commissioners Carmel Foley and Kieran FitzGerald will be interpreted as a defence of its accessing the journalists’ records.

While the writers make no mention of it, the piece comes after 10 days of controversy caused by a particular case and covers the same issues that have emerged in its wake.

It began with a report in The Irish Times that revealed journalists’ phones had been accessed by Gsoc on foot of a complaint from a friend of model Katy French, who died in 2007. He alleged information on the case supplied to the Garda had been leaked to the media.

In a bid to determine which gardaí, if any, had been in contact with the journalists, the reporters’ phones were checked; confirmation of which raised serious concerns around press freedom.

“These people are entitled to believe this information will be treated appropriately and lawfully by gardaí,” they say.

“Members of the public do not expect to see personal information, photos or documents appearing in newspapers, broadcasts, the internet or social media. Such publication may affect a person’s good name, work, family relationships or cause unnecessary grief to a victim of crime and/or their family.”

However, the Irish Council for Civil Liberties and Digital Rights Ireland have said limiting the inquiry to the accessing of journalists’ data was an insufficient response.

Within days of the story breaking concerns deepened to include the use by Gsoc, the Garda, Revenue Commissioners and Defence Forces of powers that allow them to access citizens’ phone and internet data without the need to secure court approval.

Up to 15,000 requests had been made annually by the Irish authorities in recent years for telephone and internet data retained by service providers.

1 Coronavirus: What we know so far about how Ireland is affected
2 Coronavirus: Ireland plans for massive increase in tests
3 Irish Rail may have to suspend Sligo line services due to floods
4 Mass gatherings due to go ahead in Ireland amid coronavirus outbreak
5 What is coronavirus and what should I do if I have symptoms?
Real news has value SUBSCRIBE