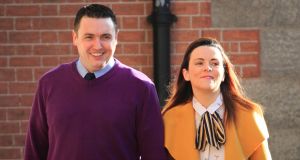 A Garda sergeant at the Charleton tribunal has said that taking a victim statement was “not an exact science”, when asked about a statement made by the partner of a whistleblower.

Sgt Brigid McGowan was outlining contacts between the HSE and gardaí about welfare concerns over the children of Marisa Simms, partner of Garda Keith Harrison in 2013.

The tribunal is looking into whether Garda whistleblower Sgt Maurice McCabe was the target of a smear campaign on the direction of senior Garda management. The Garda Harrison allegation is that there were inappropriate contacts between Tusla and the Garda in relation to matters to do with Garda Harrison and his partner, Marisa Simms. He has said these mirrored in some regards what allegedly happened with Sgt McCabe.

The sergeant disagreed with counsel for Ms Simms, Hugh Hartnett SC, who put it to her that she and a Garda inspector had been “suggesting things; that you were saying things to her during this eight-hour interview”.

Sgt McGowan insisted the words in Ms Simms’ statement were the words of the alleged victim, and that in the course of taking a statement, questions could be asked to clarify names, dates or places.

Sgt McGowan said she first learned about Garda Harrison on February 9th, 2013, when she was contacted by Una Coll from the HSE about an anonymous letter mentioning him and expressing concerns about child welfare.

Ms Simms was brought to an upstairs room to give her statement, allowing greater privacy.

“She spoke about things and as she spoke I began to take notes on the back of a piece of paper,” Sgt McGowan said.“The statement, it took a while, but with any victim of crime you want to make sure they are comfortable in their surroundings, you deal with them as best you can.

In the statement, Ms Simms alleged that Keith Harrison had threatened to “bury” herself and her sister during an argument because he had not been invited to a wedding, and that he had said “I am going to burn you.”

Sgt McGowan denied having told Ms Simms to “think of her children”, and said she was shocked to learn Ms Simms claimed this had occurred.

Sgt McGowan said when Ms Simms completed her statement, “I felt at the end she was a relieved woman, almost as if she had unburdened herself.”

She said because there were child welfare issues, gardaí were obliged to notify the HSE.

The HSE notification form noted “emotional abuse” and gave details that a child was “present during argument between mother and partner.”

Sgt McGowan said she found it “disturbing and upsetting” when it was claimed in a letter to Minister for Children Katherine Zappone she had threatened “repercussions” if Ms Simms failed to make a statement.

She said a letter sent by solicitors for Garda Harrison and his partner stated that “during her eight-hour interview, she was coerced into making a statement with a threat that if she didn’t, there may be repercussions for her and her children.”

Sgt McGowan said the statement could have been forwarded from the Minister to the Department of Justice and from there, to the Garda Commissioner and her superiors. “I just found that very upsetting,” she said.

In January 2014, Ms Simms withdrew her statement of complaint. The HSE advised gardaí that as there were no ongoing child welfare or protection issues following an initial assessment, the case would be closed.