Most arrested not availing of right to solicitor presence at questioning 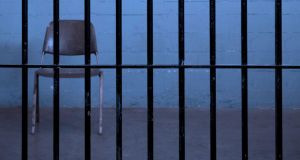 About 1,350 suspects had their lawyer present during interview, a take-up of 48 per cent. Photograph: Getty Images

The majority of people arrested by the Garda are still not availing of their right to have a solicitor present when being questioned.

The low take-up of the new legal entitlement is to be discussed on Friday at a conference of lawyers, legal academics and human rights advocates in Blackhall Place, Dublin.

Data obtained from the Legal Aid Board shows that, so far this year, 2,788 claims for legal representation during a Garda station detention were authorised. Of those, 1,354 suspects had their lawyer present during interview, a take-up of 48 per cent.

Last year, the board authorised 4,258 claims, 39 per cent of which saw solicitors present at interviews. In 2015, 4,384 claims were authorised, with 31 per cent involving a solicitor present during interview.

About 20,000 people are arrested annually, though a breakdown of how many are interviewed is not kept by the Garda.

There are fears much larger numbers are being interviewed with no legal representation. The Legal Aid Board data only captures detainees who were both entitled to and availed of legal aid during a Garda station detention.

Those who simply do not seek legal aid are not captured in any data.

DCU’s Socio Legal Research Centre, which is organising the conference, has been working with the Law Society and colleagues from Holland, Belgium and Hungary to prepare lawyers in Ireland for advising clients in Garda interviews.

Assistant professor Dr Vicky Conway said lawyers were perhaps reluctant to advise during interviews being recorded by the Garda for evidential purposes. She also said many people were unaware of a DPP ruling in 2014 that, for the first time, allowed solicitors to be present during interviews, rather than advise a client before an interview.

Convictions were often being overturned because of the lack of legal representation during Garda interviews, according to Dr Conway.

“It’s not good for criminal justice – for suspects, gardaí or victims – for [detainees] not to be represented at this point and we should be very concerned,” she said. “The lack of legislation [providing for legal advice during interviews] also means gardaí and solicitors don’t have clarity of roles and conflict can arise,” she said.