Garda breath test scandal: How over-reported were figures in your area? 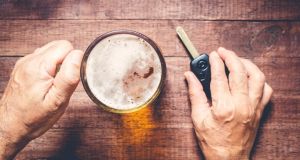 Tipperary was at 385 per cent while Kerry had an over-reporting rate of nine per cent. Photograph: iStock

Every geographical Garda division in the country had some level of over-reporting of breath tests but the figures varied between areas to a huge extent.

For example the Tipperary Division was highest at 385 per cent while Kerry had an over-reporting rate of nine per cent, the lowest in the country.

According to the report released by gardaí on Wednesday there is no single trend to explain the massive discrepancies between the different Garda districts.

Ten out of the 28 garda divisions had over-reporting rates of more than 100 per cent but they shared no single characteristic which might explain this trend.

In an effort to explain the discrepancies, investigators looked at several factors such as differences in the number of checkpoints carried out in various divisions and changes in garda personnel.

There was also no correlation between a reduction in garda numbers during the 2010 to 2016 period and the over-reporting of tests.

The Tipperary Division had an overreporting rate of 385 per centand lost 4 per cent of its gardaí during the period.

Roscommon/Longford division also lost 4 per cent of its gardaí but had an over reporting rate of only 53 per cent.

The report contains much speculation about the differences between divisions but stated a more in-depth regional analysis is needed, something it said was outside the report’s scope.

There was one small positive in the regional breakdown. The Garda mounted unit, which operates in Dublin had an over-reporting rate of zero. But it only carried out five breath tests in the last eight years.

The full regional breakdown is below:

The Dublin region, which contains six garda divisions as well as the traffic and mounted units, had an over-reporting rate of 47 per cent.

Within this, the Dublin Metropolitan Region (DMR) Western, covering the west of the city including Blanchardstown, Finglas, Clondalkin and Lucan had the second highest rate in the country at 373 per cent.

The lowest over-reporting rate in Dublin (17 per cent) was in Dublin DMR Southern, which covers Tallaght and Terenure.

The highest rate of over-reporting in the East was in Meath at 315 per cent, the third highest in the country. The lowest was in Wicklow at 54 per cent.

The highest rate in the north of the country was in Louth at 213 per cent with the lowest in Cavan/Monaghan at 48 per cent. The rate in Donegal was 61 per cent and in Sligo/Leitrim it was 76 per cent.

As mentioned, Tipperary had the highest rate in the country with 385 per cent while Wexford had one of the lowest at 18 per cent. Kilkenny/Carlow division had a 158 per cent over-reporting rate and Waterford had a rate of 105 per cent.

Cork City Garda stations had the highest over reporting rate in the South at 90 per cent. Kerry had the lowest both in the south and nationally with 9 per cent.

In the west, Clare had the highest rate (105 per cent), followed by Mayo (75 per cent), and Galway and Roscommon/Longford which both had rates of 53 per cent.