‘There has to be a substitution of entire management structure,’ former justice minister says 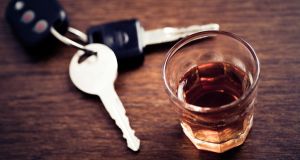 An internal Garda report released on Wednesday found that 3,498,400 breath tests were recorded on the Garda’s Pulse computer system from June 2009 to April 2017, when only 2,040,179 were recorded on alcohol testing devices. Photograph: iStock

Minister for Finance Paschal Donohoe said it was the “Independent policing authority’s” responsibility to deal with recent Garda malpractice, after an extra 1.5 million false breath tests were recorded.

He said bringing on an independent policing authority is to “ensure” that issues regarding An Garda Síochána are not dealt with in a “political” manner.

He said he is “shocked by the magnitude of the reports” but the external report being prepared by the Policing Authority will be used as a “calibration” for upcoming measures that will be taken.

An internal Garda report released on Wednesday found that 3,498,400 breath tests were recorded on the Garda’s Pulse computer system from June 2009 to April 2017, when only 2,040,179 were recorded on alcohol testing devices.

This represents a discrepancy of 1,458,221 breath tests, an additional half a million false breath tests since The Irish Times first reported earlier this year that breath-test figures had been exaggerated significantly.

Recent controversies in An Garda Síochána make it “very, very clear that there is a crisis” which the government “must address,” former justice minister Michael McDowell said.

Mr McDowell said he did not want to “personalise” the issue on Garda Commissioner Nóirín O’Sullivan, but he believed the “current management in its entirety has failed us.”

“And I believe that there has to be a substitution of the entire management structure of An Garda Síochána,” he told RTÉ’s News At One.

He said that it is the government’s responsibility to reassure the public An Garda Síochána is being “managed correctly.”

“Fine Gael has always figured itself to be the law and order party and I think that the prospects of seeing two changes in senior management in An Garda Síochána at the behest of the government is something that will be politically difficult for them to sustain,” he said.

Mr McDowell doesn’t believe that it was lack of resources that resulted in the falsification of breath tests.

“If it were a question of resources, politicians would have to take the blame, but I don’t accept the proposition that the carrying out of 1.5 million phantom breath tests has anything to do with resources,” he said.

“Nor do I accept that failure to send out summonses has anything to do with resources. . . I think it’s all to do with management. Very poor management,” he added.

Minister for Communications Denis Naughten earlier said that the falsification of almost 1.5 million breath tests by gardaí is “unbelievable” and that those responsible for the false breath tests over the past seven years “need to be held accountable”.

These discrepancies over the past seven years “couldn’t have happened by accident,” Mr Naughten told RTÉ’s Morning Ireland .

“It undermines the credibility of An Garda Síochána and the thousands of excellent, honourable members of the force. And I think those that have been responsible for this need to be held accountable.”

He said there is an ongoing external report and the results of that report will determine the extent of the disciplinary action to be taken against the gardaí.

He said “disciplinary action” will need to be taken, but so far the internal report has not shown issues of a “criminal nature”.

He believed there should be individual disciplinary action, but that situation “may change” following the publication of the external report.

“We can’t make claims without evidence. . . I’m not going to look for anyone to be prosecuted unless there’s evidence to do that,” he said.

Mr Naughten also said “we need to have confidence” in An Garda Síochána. There is a “mechanism” to carry out disciplinary action, he said, but that will be known following the publication of the external report.