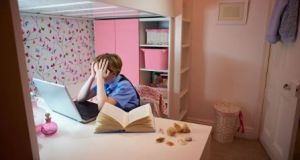 The Internet Safety Advisory Committee, which was established by the Department of Justice in 2009, is responsible for advising the department on issues relating to online safety, particularly in regard to children. File photograph: iStockPhoto

The Internet Safety Advisory Committee, which was established by the Department of Justice in 2009, is responsible for advising the department on issues relating to online safety, particularly in regard to children.

Its role is also to monitor how internet service providers (ISPs) deal with online child abuse and to organise public awareness of the dangers of the internet.

Committee members include department staff, academics, NGOs and representatives of the Internet Service Providers Association of Ireland (ISPAI) – an umbrella group for ISPs.

A senior representative of the Garda is also assigned to brief members on the law enforcement aspect of internet safety, including efforts to combat the spread of child sex abuse material.

According to committee minutes released to The Irish Times following a Freedom of Information request, 11 meetings took place over the four-year period between April 2013 and June 2017.

Of those 11 meetings, only three were attended by a Garda representative, according to the minutes.

During one 17-month period, a Garda representative failed to attend four meetings in a row.

According to the Department of Justice, the committee has met once more since June 2017, although details of this were not provided in the Freedom of Information release. Another meeting is scheduled for the coming weeks.

A Garda spokesman said a representative of the force attended this most recent meeting, bringing the total attendance rate to four meetings since April 2013.

Asked about the low attendance rate, the spokesman said: “Garda officers attended meetings of the Internet safety Advisory Committee as and when their schedules allowed as part of their wider range of portfolios. Any items of interest discussed at the meeting are circulated to all committee members.”

I would have a concern here. I’d like to know why they’re not showing up

Barnardos chief executive Fergus Finlay said he is not surprised that gardaí rarely attend the Internet Safety Advisory Committee, calling it a “a talking shop” designed to give the illusion the Government is taking the issue seriously.

“It has no teeth and is not effective in any way. It ought to be replaced by something that is significantly more effective. But nobody wants to regulate this area.”

Child protection advocate and former senator Jillian Van Turnhout also said she believes the committee is ineffective and wonders if this is why the Garda does not attend.

“I would have a concern here. I’d like to know why they’re not showing up.”

According to a Department of Justice spokesman, the Government is currently considering proposals to “better co-ordinate online safety initiatives across Government.”

When a garda did attend the meetings, one of the issues they addressed was the progress of the Garda Blocking Initiative, announced in November 2013.

Under the scheme, gardaí provide blacklists of websites to ISPs which they believe contain images and videos of child sex abuse.

The ISPs then block access to the sites with a page that says “Stop” and informs the user of the consequences of downloading such material.

In October 2015, the committee was told just one ISP, UPC, had signed up and that the Garda remains “engaged with a number of other companies with a view to commencing similar arrangements with them”.

Paul Durrant of the ISPAI told the meeting there is agreement “in principle” among ISPs to sign up to the scheme, but said blocking should be grounded in legislation. He also questioned who would pay for the scheme.

To date, four years after the Garda initiative was first announced, no other companies have joined.

The vast majority of Irish ISPs still refuse to take part in the scheme, citing concerns about a lack of legal protection when blocking sites.