Garda alert system, while used sparingly, has been well tested 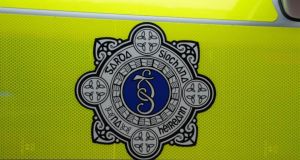 Garda alert is issued when there is a suspicion a child has been taken without consent.

There have been several Child Rescue Ireland (CRI) alerts issued by gardaí over recent years.

The alert system was launched in May 2012. It is used when there is a suspicion a child has been taken without consent and where a risk to the child’s safety or welfare is also feared.

It involves gardaí supplying information such as the name and description of missing children and the adults they are with, along with details of where they might be or the kind of vehicle in which they are travelling.

The alert is issued through the media but gardaí also use other means to spread the notices, such as electronic road signs that usually warn motorists about driving conditions.

The system is used sparingly in order that its impact is maintained.

September 13th, 2014 An alert was issued after gardaí received reports that Sait Canbullu (15) had been abducted by masked men in Co Wexford.

However, he turned up safe and well in Ballymote, Co Sligo, the following day with gardaí now investigating if the initial complaint was a hoax.

August 10th, 2014 An alert was issued after concerns were raised for the safety of Hassan Khan (2) while in the care of his father Mohamed Saleen Khan (61).

They had last been seen in Ballybrack village near their home. Less than one hour after the alert was issued, both were found safe and well.

February 17th, 2014 An alert issued after Saoirse Carr and her mother Rachel McDonald Carr (45) went missing from their home in Holburn Hill, Belturbet, Co Cavan. The alert was cancelled when they turned up safe and well the following morning.

November 27th, 2013 An alert was issued after concerns were raised for a mother and her three children, aged two, six and eight.

They had last been seen outside a school in Roscommon the previous day.

However, within hours of the alert being launched, all four were found safe and well by PSNI officers at a service station in Enniskillen, Co Fermanagh. The woman was detained under the Mental Health Act.

July 28th, 2013 The first alert under the new CRI system was issued after Eoghan Chada (10) and his brother Ruairí (5) disappeared while in the care of their father Sanjeev Chada (44) on a trip to go bowling in Carlow town.

The boys’ bodies were found in the boot of their father’s car near Westport, Co Mayo, the next day.

Sanjeev Chada has since pleaded guilty to murder and has been jailed for life.