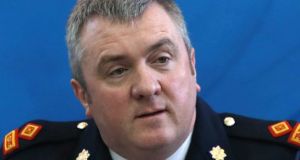 David Taylor officially ceased being a garda at midnight last night after his request to retire was signed off on by Commissioner Drew Harris.

Garda management have accepted the retirement request of the former head of the Garda press office, David Taylor, after he was found by the Disclosures Tribunal to have taken part in a smear campaign against whistleblower Maurice McCabe.

Mr Taylor officially ceased being a garda at midnight after his request to retire was signed off on by Garda Commissioner Drew Harris.

He will receive his full yearly pension of about €34,000 as well as a lump sum of around €100,000. His retirement also brings an end to a disciplinary process against Mr Taylor arising out of the tribunal report, which found he smeared Mr McCabe and lied to both the tribunal and the High Court.

The tribunal chairman, Mr Justice Peter Charleton, said Mr Taylor worked “cheek by jowl” with former Garda commissioner Martin Callinan in a “campaign of calumny” against Mr McCabe after the whistleblower went public with allegations of corruption in the force. Mr McCabe last week retired from the force.

Four days after the publication of the report last month Garda management informed Mr Taylor that he was suspended pending an expected internal disciplinary inquiry into Mr Justice Charleton’s findings. The next day he requested that he be allowed to retire.

Before his suspension Mr Taylor had worked in the Garda Traffic Corp in Dublin Castle. Last year he unsuccessfully applied for promotion to the chief superintendent grade.

Mr Harris had been widely expected to grant Mr Taylor’s retirement request. Legal sources suggested that, although the commissioner can technically refuse a request, it would be legally problematic in this case as Mr Taylor had already completed more than the 30 years of service required for a full pension.

Gardaí refused to comment on the retirement on Monday.

“An Garda Síochána does not comment on current or former employees,” a spokeswoman said.

Mr Harris is understood to be anxious to move past the scandals which have dogged the force in recent years and believes the retirement of Mr Taylor will help with this.

Mr McCabe’s retirement from An Garda Síochána also came after 30 years of service. Before his retirement he received an apology from Mr Harris and Minister for Justice Charlie Flanagan for the way he had been treated.

Mr Flanagan said Mr McCabe had left a “legacy” within the force, and had brought “serious failings” into the open. As a result the gardaí had been given “a huge opportunity to transform,” he said.

Separately, John Barrett, the head of human resources in the Garda and one of the force’s most senior civilian members, remains on suspension on foot of alleged inter-personal clashes with at least one other senior member of garda management. A senior civil servant is to review the allegations.