Gardaí underestimating level of hate crime by ‘at least 27%’ 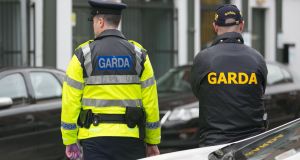 Domestic violence was being under-recorded, or underestimated, by a ‘considerable amount’, a CSO review of the quality of crime data has found. File photograph: Gareth Chaney Collins

The level of hate crime and domestic violence happening in the State is being significantly underestimated by the Garda, a review of the quality of crime data has found.

The Central Statistics Office (CSO) also found that gardaí have been recording sex crimes and other violence in official crime figures but not the fact that they were domestic violence offences.

It said this meant domestic violence was being under-recorded, or underestimated, by a “considerable amount”.

In the area of hate crimes individual offences such as assaults were being recorded in crime statistics. However, the hate-based motivation for those offences, including racism and homophobia, was often not included in official Garda records of such offences.

The CSO concluded that hate-based crimes were being underestimated by at least 27 per cent.

Furthermore, its researchers concluded that hate crimes and domestic violence were likely being underestimated to a greater extent than their review was able to establish.

However, the CSO also concluded that there had been very significant improvements made in respect of how gardaí count crimes since concerns about the data were first flagged.

The CSO has found “considerable development in the quality of recorded crime statistics” since it had cause to first examine crime data in 2014. There was a “marked reduction” in the number of crimes reported to gardaí but not recorded in the force’s crime data.

The number of times crimes were misclassified had reduced and there had also been improvements to the time taken to record crimes on the Garda’s computerised database, Pulse.

The CSO review, published on Tuesday, is the third such review on the quality of crime data that the agency has carried out since the shortcomings were first raised by the Garda Inspectorate four years ago.

Since then the CSO has suspended the publication of crime data several times, before recommencing publication. While the CSO is currently publishing quarterly and annual crime data, it is doing so “under reservation”.

The Garda supplies raw crime data from stations nationwide to the CSO, which collates the figures in a uniform manner and publishes data every quarter.

In its latest review of the quality of crime data, the CSO also found 7 per cent of burglary, vehicle theft and robbery crimes being brought to the attention of gardaí had not been recorded on Pulse. The CSO noted that when the same checks were made in 2015, some 12 per cent of offences that should have been recorded as crimes were missing.