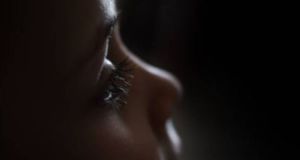 Gardaí said in a statement on Wednesday morning that 11 people were released without charge. File photograph: Getty Images

Eleven people being questioned by gardaí investigating a Munster-based suspected paedophile ring have been released.

Gardaí said in a statement on Wednesday morning they were released without charge. “Files will be prepared for the Director of Public Prosecutions. The investigation is ongoing,” it said.

Gardaí suspect young children were drugged and woke up to find strangers raping them. Six of those arrested were women and five men.

It is understood that almost 20 children have been identified as victims of the alleged abuse. Gardaí believe some were groomed from birth to be abused.

Concern has also arisen about the urgency of the response of the State when the allegations first came to light.

Those familiar with the case suspect it will lead to an inquiry into whether every possible measure was undertaken to ensure the safety of the children immediately the risk they were at became known.

All of the children have now been taken into care and away from the family based setting in which the sexual abuse, including rape, is alleged to have taken place.

The arrests, sources said, represented “the tip of the iceberg” given the scale of the criminal inquiry now under way. The same sources added even the most seasoned Garda investigators were shocked by the harrowing extent of the alleged abuse. They believe the case could become one of the most notorious sexual abuse inquiries in the State’s history.

Gardaí are now investigating allegations that the young children, aged from newborns to about 12, were abused by people known to them and also by strangers. It is believed the strangers paid for access to the children for the purposes of abusing them.

The arrests that have already taken place came as part a major Garda investigation over the past year. To date only a small number of the near 20 children involved have been able to give statements to the Garda. Monday’s arrests were carried out on the basis of the allegations made by the children in those statements.