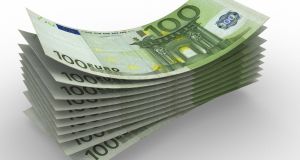 Gardaí have issued a warning about ‘a highly plausible conman’ who is targeting elderly people in the south and southeast. File photograph: Getty Images/iStockphoto

Gardaí have issued a warning about “a highly plausible conman” who is targeting elderly people in the south and southeast.

The man has been pretending to be a plain-clothes detective and is said to have stolen several thousand euro in cash from various victims, most of whom lived in isolated areas.

Gardaí in Co Cork and Co Limerick are investigating thefts in those areas involving the man.

It’s believed that the man has also struck in counties Kilkenny, Tipperary and Waterford in recent weeks.

Sources said he usually calls to his targets’ homes and introduces himself as a detective, presenting a fake business card with a Garda logo.

It is understood that he tells his targets that he wants to check on their personal security and inquires about panic buttons and burglar alarms.

He then asks if they keep any money in the house or on them, the source said.

He tells victims he has a machine in his car to deal with the money and then takes it and drives off.

Gardaí believe the man is behind several thefts in Co Cork, including one in Newmarket on January 19th.

In this incident, a man presented himself as a garda to a pensioner in a car park and asked to see if he had any cash, telling him he wanted to mark it with a machine he kept in his car.

He then drove off with several hundred euro in cash that the elderly man had given him.

The same man is believed to have been involved in an incident at Rushbrooke on January 24th, in which several hundred euro was taken by a man who claimed he was a detective from Cork city.

They have also linked the man to a theft in a rural area near Youghal on February 7th.

In the latter case, the man presented as an Eir employee at a pensioner’s home and said he had found two €10 euro notes outside.

He asked the pensioner to check his wallet, from which he took several hundreds of euros in cash.

Gardaí are trying to establish if this man was the same culprit.

“This man is highly plausible - he dresses well and is very calm and patient with his victims,” a Garda spokesman said.

“It’s obviously hugely distressing for them, but the one thing we can say is that he is never violent and never uses the threat of violence.

“Obviously, we would urge people living on their own to be very vigilant and we would ask their neighbours to be vigilant and not to admit anyone to their house until they are satisfied that they are who they say they are and to report any suspicious activity to their local Garda station.”