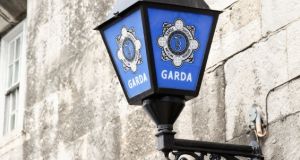 Because the Garda operation around suspects and likely targets on both sides of the feud is so intense at present, the use of gunmen from abroad could frustrate the Garda.

Three men who were found in possession of a list of names of members of the Hutch family remain in Garda custody following their arrest on Tuesday evening.

One of the men is a suspected gunman from Estonia who gardaí say may have arrived in the country to carry out shootings for the Kinahan gang.

The gang’s attacks on the Dublin-based Hutch family and their associates have claimed 11 lives to date, with just one of the dead a Kinahan gang member.

The other two suspects are Irish and are in their 30s and 50s. The older man (58) has known links to the Kinahan gang and gardaí believe the man in his 30s owned a quantity of drugs found during the operation.

The arrest of the Estonian man is significant as the Garda has long feared the Kinahan gang has the financial resources and international contacts to bring foreign killers into the Republic.

Because the Garda operation around suspects and likely targets on both sides of the feud is so intense at present, the use of gunmen from abroad could frustrate the Garda.

The three men were arrested at a house in Blakestown, west Dublin, just before 11am as part of the planned operation against gangland crime.

The units combined represent the maximum armed response with the force, underlining the significance of the raid.

The Estonian and the 58-year-old Dubliner have both been arrested under Section 50 of the Criminal Justice Act. It allows their detention for up to seven days without charge.

The third man is being questioned in connection with the discovery of cocaine valued at €5,000.

The discovery of a list of names of people connected to the Hutch family has led to fears that those named form part of a list of possible Kinahan targets in the feud.

To date 11 people have been shot dead as part of the feud, with the first anniversary of the first killing in Ireland having passed in February.

Very significant resources have been committed to policing parts of Dublin’s inner city where many of those involved in the feud live.

Armed checkpoints and armed patrols also remain a constant presence in some suburbs in north and south Dublin, including Clontarf and Crumlin, where some of those regarded as key targets for both factions reside.

Feud violence has dissipated in recent months due to the intense Garda activity. However, just last week a cousin of Gary Hutch, whose murder began the feud, was shot in Dublin.

He was knocked off the bicycle he was cycling on Railway St, Dublin 1, and twice shot in the upper body but survived.

Gary Hutch, from Dublin’s north inner city, was shot dead in Spain in September 2014, by the Kinahan gang of which he had once been a member.

He had tried to kill a member of the Kinahan family also based in Spain and was murdered in revenge.

Hutch’s associates murdered a Kinahan gang member in Dublin early last year in revenge. And since then there have been nine further murders, all carried out by the Kinahan gang.