Five ways to protect your mobile phone from thieves 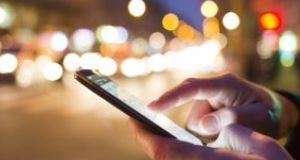 Five ways to protect your mobile phone: Don’t have it on show, know your IMEI number, back up to the cloud, install a phone tracker and go hands free.

With almost € 3 million worth of mobile phones were stolen over the last 14 months according to newly released Garda figures here are five ways to protect your device from thieves.

Don’t have it on show

It seems an obvious piece of advice to give, but gardaí have reiterated that many phones are stolen simply because they’re easy to get at.

Don’t leave phones on tables in restaurants, pubs or nightclubs, attended or otherwise, and never leave them visibly exposed in a parked vehicle.

Use them at your peril on busy thoroughfares where opportunistic thefts are most likely to happen, and ideally they should only be operated with your back against a wall or shop window to prevent snatching from behind.

When you’re on the bus or train, don’t use them in an exposed position where would-be thieves can make a quick escape through a door or exit at stops.

Two out of three people who report mobile phone robberies don’t know their phone’s unique identifier number which can be used to trace the model back to its owner and can help secure a conviction if the thief is caught.

For android users it can be found inside the battery compartment, and iPhones have it on the slide-out tray or on the back of the phone.

You can also dial *#06# and the IMEI number will appear on your phone’s screen. Save it and send it to yourself for future reference.

You can remotely block access to your phone by calling the manufacturer with its IMEI number and telling them it’s been stolen.

Back up to the cloud

Numbers, pictures, videos, documents and much else besides can be remotely saved to protected data repositories such as iCloud, Google Drive or Microsoft OneDrive.

Once a linkage is established most modern models offer the opportunity to save all phone data to a cloud-based storage system periodically. If you’re terrified of the prospect of losing anything on your phone this offers peace of mind in case of theft.

There are literally hundreds of apps that offer the facility of tracking your phone once you realise it has been lost. Log into your account from another device and the apps utilise the phone’s built-in GPS function to relay its last known location.

This is subject to a few caveats, however. Most apps stop tracking the phone once it has been turned off, and people are not advised to confront others who they may suspect of stealing the phone based on its apparent location. Tracking technology is not infallible.

This is usually a good option to pursue if you feel you may have left the phone behind somewhere.

Hands free earphones limit the amount of contact you make with your phone outside your pocket, thereby minimising the risk of robbers doing a snatch-and-run in a busy public place. Keep your pockets zipped and be wary of your person and surroundings in crowded areas such as airports.