Gardaí are convinced they know who killed the missing woman, but he remains free 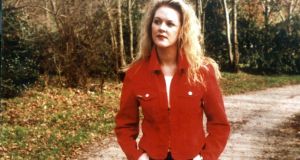 File image of Fiona Pender, who disappeared in August 1996.

Fiona Pender has been missing presumed murdered for so long that the child she was carrying when she last seen alive would now be 20-years-old.

The hairdresser from Tullamore, Co Offaly, was aged 25 when she vanished.

Her case was back in the news in recent days due to the death of her mother, Josephine Pender, who had been ill for some time and this week succumbed to cancer – a protracted end to a hard life.

Her daughter and unborn grandchild disappeared on August 23rd, 1996, from Tullamore. The previous year Fiona’s brother Mark had been killed in a motorcycle crash. And in 2000 Josephine’s husband – and Fiona’s and Mark’s father – Seán died by his own hand.

Fiona’s disappearance is among a group of similar cases in which young woman disappeared; no sign of them or their remains ever emerging.

They were grouped together under Operation Trace; a high-profile inquiry established to determine if all, or any, of the cases was linked in any way.

They are all forever frozen in time in the grainy photos that emerge in the media every once in a while.

The accepted narrative is that they all disappeared with no explanation, and no clue what had happened to them. The reality is very different.

Operation Trace was not established because there were genuine fears the cases were linked. Instead it arose in response to public concern about the disappearance of so many women in the Leinster area in the 1990s.

But in some of the cases, including that of Fiona Pender, the Garda do not see any great mystery. They have a suspect and a motive. But what they have never had are the bodies.

And back when these women were vanishing, solving a case without a body – and so without any forensic evidence or even cause of death – was regarded as impossible.

It would not necessarily stop the Garda now. The successful conviction of Graham Dwyer for the murder of Elaine O’Hara despite no cause of death and only partial remains is a case in point.

Like the Pender family, the loved ones of Fiona Sinnott from Wexford and Ciara Breen from Louth know the Garda has identified a suspect in their cases.

For Josephine Pender, one wonders would it have been easier in her final days knowing nothing of who killed her daughter. Or did knowing the suspect’s name at least give her some comfort gardaí were on to him and that he might one day be caught.

A man known to the Pender family, though not a member of it, and who also lived in the midlands in the 1990s, has always been the chief suspect. Working on the theory that he was the killer, gardaí have arrested several people. And they have used information supplied by members of the public to search and excavate lands down the years.

Every arrest – five of them – and every search brought new hope for the family. That hope was at its strongest two years ago when the mystery of exactly how she died and where her remains were concealed appeared closer than ever to being solved.

Back then a woman living abroad accused her husband of a range of violent, including sexual, attacks on her. And when she went to the police in the jurisdiction where she had settled with her husband, she linked him to Fiona’s disappearance, presumed murder.

She told them that when in a rage her husband threatened her and strongly implied he had killed Fiona and that she, his wife, would be next.

The woman even pinpointed an exact location in Ireland where she believed the body was buried.

However, despite her willingness to come to Ireland to assist in the inquiry, her information came to nothing. She broke up with her husband, and her case against him did not result in a conviction.

Josephine Pender was waked in Tullamore on Thursday. She will be buried on Friday morning at a private ceremony in Tullamore.