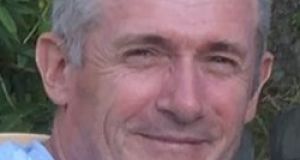 Gerry Taylor (55) went missing on the May 25th, when he went for a walk in the foothills of the Dublin mountains.

The family of Gerry Taylor, a Dublin man who went missing almost six months ago, have said they are desperate to find answers about what has happened to him.

Mr Taylor (55) went missing on the May 25th, when he went for a walk in the foothills of the Dublin mountains.

As part of the investigation into his disappearance, Gardaí recovered CCTV footage from that day which shows Mr Taylor walking from the Milltown Luas stop, along Dundrum Road and the Dundrum bypass.

The last time he was caught on camera, he was passing Taylors Three Rock Hotel and walking up Kellystown Road, towards Ticknock in the Dublin mountains.

Searches have been conducted by the Civil Defence and others around Ticknock forest and adjoining areas of the Dublin mountains but there has been no further trace of Mr Taylor.

Speaking on RTÉ’s Crimecall on Monday night, his family said they were desperate for answers.

His sister Fiona said the family was essentially “at a standstill”.

“There hasn’t been any more clues ,” she added.

Nora, Mr Taylor’s mother, said the past six months for the family had been “very, very difficult” but they had not given up hope.

“Your life is on hold. Every day the first thing you think of in the morning is Gerry,” she said. “I’ll never give up hope. I wish to God he would come home if he’s alive.”

His father Tommy has said that he still had not accepted that he was gone.

“I expect every time when I look out and see the bus coming that I’d see Gerry coming off it. I still can’t think that he’s left us,” he said.

Mr Taylor’s family is appealing to anyone with information to contact the Garda.

He is described as 5ft 10 inches in height and of medium build, with grey hair and stubble, blue eyes and he wore glasses.

When last seen, he was wearing a blue sports cap, black jacket with a hood, bottle green coloured chino trousers and navy Adidas flat trainers with a white sole and white stripes on the side.