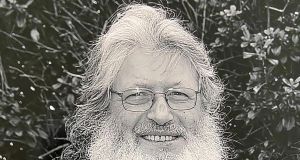 Tom Ross: killed in a building collapse in Tralee on Saturday

Gardaí in Co Kerry are investigating a fake online fundraising page posing as coming from the family of a builder who died in a workplace accident last weekend.

Tom Ross (68) was killed when the chimney of the building he was renovating in Tralee town centre collapsed on Saturday morning.

The Ross family warned the public about the fake fundraising page which came to their attention after his funeral in Fenit on Wednesday.

The page, set up on Facebook using a number of family photographs, asked people to help fund the funeral costs. The family said it is fake and asked the public not to click on it and not to donate any money.

Sgt Tim O’Keeffe of Tralee Garda station confirmed gardaí have received a report and are investigating. The inquiry is likely to involve contact with Facebook and Interpol to get the IP address of the person who posted the ad, he said.

“We will track that back and .. and locate that person,” Sgt O’Keeffe told Kerry Today.