Files received in this category are up 87 per cent so far this year over 2019, conference is told 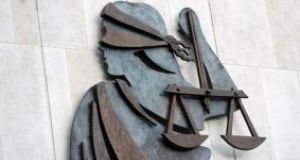 A total of 401 people have been sent forward for trial to date over alleged criminal breaches of Covid-19 regulations while domestic violence cases have risen 87 per cent during the pandemic, a conference heard on Saturday.

The Director of Public Prosecutions (DPP), Claire Loftus, said in the period since March, the Minister for Health has signed into law a series of statutory regulations.

“Up until this week we had received 447 files seeking direction as to prosecution,” she told the Annual National Prosecutors’ Conference.

“Of that number we have directed prosecution of such offences in 262 cases. This has involved a total of 401 suspects.”

Since the outset of the pandemic, the DPP’s office has liaised with and advised An Garda Síochána on the enforcement of the new regulations, and all such prosecutions have been directed by her office, she said.

Ms Loftus also told the conference, which was held online, her office had seen an increase since the pandemic began in files being submitted involving alleged crimes of domestic violence, or breaches of a court order.

“In 2019 we received a total of 464 files where domestic violence or breach of a court order was involved.

“Already this year the office has received 684 files. This represents an 87 per cent increase over the same period last year.”

It was important that the the criminal justice system had responded to this matter in the public interest, Ms Loftus said, and she welcomed the priority the Courts Service and District Court had given to domestic violence cases.

The office has also seen a sharp rise in the files it is receiving in relation to all categories of crime, the conference heard.

“What has been remarkable about the months since the pandemic began is that the number of files being submitted to the office for decision on prosecution has increased by approximately 22 per cent over last year.

“Although our workload has been increasing year on year, this is an extraordinary increase and it remains to be seen whether it will be sustained into 2021,” she said.

Ms Loftus did not comment on what she believed might be driving the increase in the overall number of files being received.

The chief executive of the Courts Service, Angela Denning, in an address concerning the service’s response to the pandemic, said there had been 1,600 remote court hearings held since April.

The need to respond to the pandemic had meant the modernisation programme envisaged for the courts had “leaped four years in four months”, she said. She wanted to build on the progress that had been made.

The holding of jury trials while complying with social distancing regulations and dealing with other restraints created by the pandemic remained a significant challenge, the conference heard.

Empanelling a jury was all the more difficult when elderly people, those with underlying conditions, and those involved in particular types of work might not be asked to serve, and the location of buildings suitable for holding jury trials while complying with social distancing rules had proven difficult.

“Until we get a vaccine, we can’t go back to the old ways of working,” she told the conference.

Tom O’Malley BL, who chaired a review of the protection of vulnerable witnesses in the investigation and prosecution of sexual offences, said the group had not supported the idea of victims having separate legal representation at trials.

The working group had decided not to upset the balance of trials, which are a “binary contest”.

There was already a good deal of assistance given to victims, and perhaps too much emphasis was put on the trial itself, which was only one point in a process.

It was important, he said, victims had access to legal assistance through the entire process, from the decision as to what charges should be brought to the question of parole in the cases where the accused was sent to jail.

It was little known, Mr O’Malley said, that the law already provides for the Legal Aid Board to provide assistance to victims, in terms of the provision of legal advice where cases were sent for trial.