Wife of postman killed in bike incident settles case against An Post for €250,000 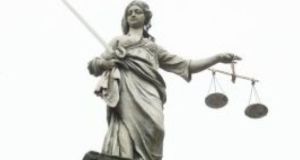 A woman whose 39-year-old postman husband died after being knocked off his bicycle while on his post round in Limerick has secured a €250,000 settlement of her High Court action over his death.

Tanya Parker’s counsel Michael J McMahon SC said the car driver had just got “a mere glance” of Damian Parker before the postman emerged out of a road and into the driver’s path.

A father of twins, Mr Parker was delivering post in the Ennis Road area at the time of the accident on May 26th 2011.

Mrs Parker, Oakwood, Old Singland Road, Limerick, had sued An Post and the Motor Insurers Bureau of Ireland over the incident.

Mr Justice Kevin Cross was told proceedings against the driver and owner of the car could be struck out.

In the claim against An Post, it was claimed there was failure to provide a safe system of work and to ensure the postman would be safe while carrying out his work delivering post.

It was further claimed there was failure to ensure Mr Parker wore a helmet while cycling his bicycle in the course of his job.

Mr McMahon told the court another person who witnessed the incident had in a statement said there was nothing the driver could have done. Gardaí and a PSV Inspector came to the same conclusion, he added.

Counsel said Mr Parker was not wearing a bicycle helmet and he hit the car and a ladder on the roof of the vehicle, suffered brain injuries and died.

Counsel said the postman’s helmet was in the pannier of his bicycle.

Approving the settlement Mr Justice Cross said it was an excellent one and he offered his sympathy to the Parker family.

At an inquest into Mr Parker’s death in 2012, Coroner Doctor Tony Casey said there was no evidence to suggest the nature of the injuries sustained by Mr Parker would have been different if he was wearing a helmet but added cyclists should be encouraged to wear helmets.