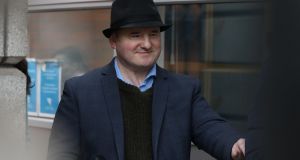 A severely visually impaired man has won his High Court case over the State’s duty to vindicate his right to vote privately and without assistance in referendums and elections.

Robbie Sinnott had taken proceedings against the Minister for the Environment and the State. He was supported by the Free Legal Advice Centres.

In his judgment, Mr Justice Tony O’Connor said Mr Sinnott has “an inspiring desire to learn and to participate”.

He shared Mr Sinnott’s concerns about the Department of the Environment’s delay over years in introducing the relevant tactile voting systems, and about the lack of information made publicly available about them.

The evidence was that the cost of providing templates for referendums was estimated at about €42,000, “quite insignificant compared to the multi-million euro budget for a referendum”. The cost would be higher in general elections.

The judge shared Mr Sinnott’s concerns that the Minister did not afford sufficient or reasonable recognition of the duty imposed on him by the Oireachtas and the Constitution to assure a secret ballot as soon as reasonably practicable.

He said the court could not ignore delays over years until 2016, after Mr Sinnott had taken his case, in introducing regulations allowing for the use of templates to assist visually impaired persons when voting in referendums.

He said the Minister acted in 2016 on his 20-year-old power to introduce regulations allowing for use of templates in referendums. The introduction of those underscored the acceptance that tactile voting devices “could have been made available for multiple referenda since 2009”.

He empathised with Mr Sinnott’s complaint about the lack of information emanating from the department relating to the actual steps taken, or to be taken, to emulate the use of voting devices available in Northern Ireland.

Mr Sinnott, the judge held, was entitled to a declaration the State has a duty to provide arrangements allowing visually impaired persons to vote privately and without assistance in elections and referendums, where that is reasonably practicable and economically effective.

He said the court could not require the Minister to adopt any particular arrangement but could make a declaration to guide the Minister about the relevant provisions of the Electoral Act 1992.

He was prepared to declare that the Minister has a duty to outline - in public - details of planned studies and regulations for the provision of arrangements to facilitate visually impaired voters to mark their ballot papers without assistance, as envisaged by the 1992 Act.

The formal wording of the declarations will be decided later.

A father of two from James Street, Dublin, Mr Sinnott, aged in his 40s, is a member of the Blind Legal Alliance who was born with severe visual impairment and expects to be unable to see at all within four years.

With assistance of an educational support worker, a specially developed computer software package and a strong visual magnifier, he is pursuing a PhD in Irish at Trinity College, having previously obtained other degrees.

Mr Sinnott claimed he must ask the polling station presiding officer to complete his ballot paper, which effectively means he is being deprived of his right to a secret ballot.

He argued the State had been aware since at least 2011 of mechanisms that could ensure secret voting for visually impaired persons in elections here, and that its delay in introducing a system allowing him to vote without assistance breached his rights.

Mr Justice O’Connor ruled Mr Sinnott was entitled to the two declarations concerning the State’s duty, but there was no need to award damages because Mr Sinnott’s main grievance had been addressed.

He said because the State has not made the UN Convention on the Rights of Persons with Disabilities part of domestic law, it did not advance Mr Sinnott’s case except in the context of norms.