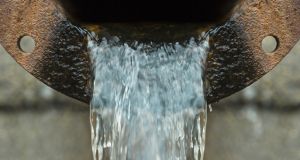 Mr Justice Senan Allen will decide later whether the matter should be returned to An Bord Pleanála for reconsideration in line with his findings in a 150 page judgment delivered on Tuesday.

The judge found Sabrina Joyce-Kemper had established the board failed to correctly identify and comply with its obligations under Waste Water Discharge Regulations to seek observations of the Environmental Protection Agency (EPA) on the likely impact of the proposed development on waste water discharges.

On that ground only, the planning approval was legally flawed and must be quashed, he ruled.

He noted, while the failure of the consultation with the EPA required under Article 44 of the 2007 Regulations was argued as a standalone ground, the statement of grounds suggested it impacted on the board’s ability to conduct a complete assessment of the development or its impacts on the receiving environment.

While that point was not developed, the failure of the required consultation may have wider implications for the validity of the process leading to the permission decision, he said.

That might affect whether the matter should be remitted to the board and, if so, on what basis, he said.

He listed the matter for mention in early December to hear submissions from the parties concerning the precise form of final orders to be made arising from the judgment.

Irish Water sought the development to cater for future population growth and because the Ringsend plant is operating at overcapacity. The plan was for 13km of underground orbital sewer from Blanchardstown to the Clonshaugh plant and a 12km outfall pipeline to bring the treated wastewater to Baldoyle and out to sea.

A daily sea swimmer, her particular concern was about the impact on water quality in Portmarnock, adjacent to the location of the outfall pipe, and she is generally concerned about the environmental impact, said her counsel Oisín Collins.

The case was against the board and the State with Irish Water as a notice party. The judge had refused an application by Ms Joyce-Kemper, made on the third day of the hearing, to recuse himself from further hearing it on the basis that, when he was a senior counsel, he had represented Irish Water in another case.

In his judgment on Tuesday, Mr Justice Allen said a “headline grabbing opening” of the case which stated the permission was granted without any consideration of what “would come out of the end of the pipe” was “simply and obviously incorrect”.

The Environmental Impact Assessment (EIA) report and the board’s inspector dealt with that matter in great detail and the board’s decision “expressly spelled out” the conclusion the development would not result in a deterioration of the quality of bathing water or shellfish waters.

On the argument the board failed to consult with the EPA as required under the Waste Water Discharge Regulations made under the EIA directive, he found the board’s request to the EPA for the latter’s observations concerning the plant was based on an incorrect premise.

The board’s assessment of that impact must be influenced by the views of the agency and the board erred in not asking the EPA the correct question and, as a result, not making the assessment of the proposed development it was required to make, said the judge. The failure to understand and implement the mandatory consultation with the EPA meant the board’s assessment was not informed by the views of the EPA and thus was “legally flawed”.