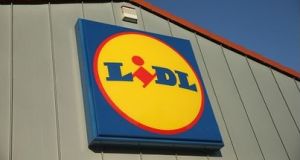 A 36-year-old student who claimed she was called a liar by a cashier after she was given the wrong change has lost a €75,000 damages claim for defamation in the Circuit Civil Court.

Judge Karen Fergus heard the cashier, Margaret Kieley, had given Bakonsa 38 cent change, leaving her short of €15. Ms Bakonsa claimed that Ms Kieley called her a liar when she told her she had been given the wrong change.

Ms Kieley on Friday told barrister Conor Kearney, counsel for Lidl, that she never called Ms Bakonsa a liar. She said she had initially thought she had given her the right change, but had then told her the matter would be investigated straight away.

Mr Kearney said Ms Bakonsa then called her husband, who later came to the store and was very aggressive towards the cashier, calling her a “f**king bitch”.

Store manager Syed Hussain said that after counting Ms Kieley’s till, they realised she had given out the wrong change. Mr Hussain had apologised to Ms Bakonsa, giving her the missing €15.

Mr Kearney, who appeared with Mason Hayes & Curran solicitors, told the court Ms Bakonsa had refused to fill in a customer complaint form and had told Mr Hussain she would instruct her solicitor.

Judge Fergus, dismissing Ms Bakonsa’s claim and awarding legal costs against her, said she was satisfied that Ms Kieley, an experienced cashier, would not have boldly called her a liar.