State to pay €30,000 compensation over ‘unlawful’ drugs search of 13-year-old 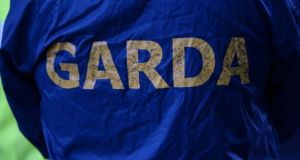 The State must pay out €30,000 compensation arising from a drugs search carried out by a Garda on a then 13-year-old boy nine years ago.

At Ennis Circuit Court, Judge Kathryn Hutton has awarded €30,000 to Brandon Wallace, now aged 22, for the psychological trauma suffered as a result of a drugs search performed on him by gardaí in the grounds of a church at Westbury on the outskirts of Limerick city on October 2nd 2010.

Judge Hutton said that she found Mr Wallace of Fernleigh, Westbury, Corbally “to be a credible and consistent witness”. Accepting his evidence, she awarded him €40,000 in general damages for the trespass and assault to his person on the date.

Judge Hutton reduced the award to €30,000 as she stated that there was some exaggeration by Mr Wallace concerning the recurring nightmares he said he suffered from the incident.

Judge Hutton said that Mr Wallace was involved in a car accident in 2014 and he admitted suffering nightmares from that so the 2010 incident was not the sole reason for the nightmares.

Counsel for Mr Wallace, David McHugh BL, told the court that a GSOC investigation into the incident found the drugs search by Garda Eugene Long of his client “was unlawful and there was insufficient grounds to substantiate the search that would give reasonable suspicion of my client”.

In evidence, Mr Long - who retired from the force in February of this year after 34 years of service - said he accepted the findings of the GSOC report.

Mr Long, appearing as a witness for the Garda Commissioner told counsel Michael McNamara BL, for the commissioner, he was not disciplined as a result of the incident.

In evidence, Mr Wallace said that he was playing soccer with a few friends in the St Nicholas church grounds when Garda Long arrived in a patrol car.

He alleged Garda Long pinned him against a wall while carrying out the search.

Mr Wallace stated that he was traumatised by the search. He said: “I was a small skinny frail boy at the time. I didn’t think a Garda would do that to someone so young.”

Mr Wallace told the court that he started having nightmares over what happened. He said: “I still have nightmares.”

Mr Wallace’s personal injury action against the Garda Commissioner, the Attorney General, the Minister For Justice was contested by the State and Mr Long denied that he pushed the then 13 year old Mr Wallace against the wall.

Mr Long said that there was no wall nearby when carrying out the search.

Mr Long told the court that he told the teen that he was going to search him under the Misuse of Drugs Act.

He told the court: “I wouldn’t have been rough-handed — it is not in my nature. I wouldn’t have shoved anyone against the wall, especially a 13 year old child.”

Mr Long said that nothing was found in the search and that he carried out the search as he would any youth.