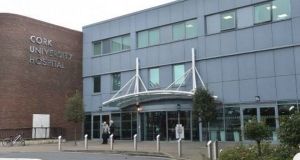 A 62-year-old man has pleaded guilty to sexually assaulting a 17-year-old girl in a hospital ward in Cork city last year.

The man, who cannot be named for legal reasons, had been charged at Cork District Court in June with sexually assaulting the teenage girl in Cork University Hospital on May 14th, 2018.

Det Garda Caroline Keogh of the Cork Protective Services Unit had previously given evidence of arrest, charge and caution.

She said the man denied the charge put to him, replying “I did nothing to that girl – I just shook her hand.”

Det Garda Keogh said the State would allege that the man sexually assaulted the girl when they were in the same ward at Cork University Hospital.

The State would allege the defendant approached the girl’s bed where she was sleeping and touched her breasts and her vagina. She awoke to find her private parts being touched, said Det Garda Keogh.

At Cork Circuit Criminal Court the man pleaded guilty to the the sexual assault of the girl. Defence counsel Dermot Sheehan SC applied for a psychiatric report to be compiled in relation to his client prior to the sentencing hearing on February 7th next year.

The man is currently engaging with mental health services in the community.

Free legal aid was granted in the case. Judge Seán Ó Donnabháin directed the man be remanded on bail pending his next court appearance. A psychiatric report will be prepared in the interim.