Dublin man, who set fire ‘for the buzz’, gets four years

Joseph Lawrence caused €115,000 worth of damage to apartment complex 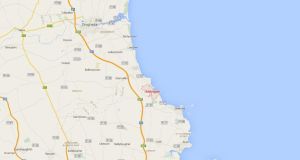 A Dublin man who set fire to an apartment complex in his hometown “for the buzz”, causing €115,000 worth of damage, has been sentenced to four years in prison, with the final 16 months suspended.

Joseph Lawrence claimed he was drinking alcohol and taking cocaine at the time and admitted he lit the fire on purpose.

Detective Garda Ciara Geraghty told prosecuting counsel James Dwyer BL, gardaí­ and fire crews were contacted after a resident was woken by noise coming from a vacant apartment in the complex.

The resident, who started to video the incident, saw four young people in the apartment and smoke and flames on a downstairs balcony. A fireman saw two youths coming out of a patio door and recognised one of them as Lawrence.

When arrested, Lawrence admitted that he and a few friends had been drinking in the vacant apartment. They got in by breaking through a patio door.

He told gardaí that when the group were leaving, he and another man set chairs in the apartment on fire for “the buzz.”

Lawrence, who has 35 previous convictions, admitted he and his friends had been in the apartment a number of times before to drink in.

The court heard that a total of €115,000 worth of damage was caused to the apartment complex and that turpentine was used to accelerate the fire.

Det Geraghty agreed with defence counsel, Kelda Doherty BL, that Lawrence was the only one to admit his part in it. She agreed that Lawrence was “no criminal mastermind” and that he apologises to the court and to society.

“He is now clean of intoxicants and intends to maintain that when he is released,” said Ms Doherty.

Judge Martin Nolan said to set a fire in a built-up area is a serious cause for concern as it can cause serious damage to property and life.

“He, with other people, for no apparent reason other than for entertainment, caused over €100,000 worth of damage. This doesn’t lessen the offence just because the insurance company paid out,” said Judge Nolan.

He backdated the sentence to September 12th, 2013 when Lawrence first went into custody.