Dublin actor who banged her head during Macbeth settles claim for €60,000 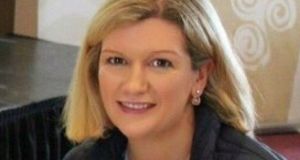 An actor who struck her head on a stage as she took directions from her director during rehearsals for Macbeth has settled a €60,000 claim for damages in the Circuit Civil Court.

Frances Winston (45), of Elgin Road, Ballsbridge, Dublin, alleged she was involved in the accident while taking part in a drama course at Dublin Institute of Technology (DIT) on April 27th, 2012.

She claimed she was on stage taking part in a scene when her supervisor instructed her to take a step back. When she did so, she fell over and hit her head against a raised platform behind her.

In her personal injuries claim, Ms Winston sued Mark Forbes, a nominee of Dublin Institute of Technology, claiming she suffered a bruise to her head in the fall and a contusion to her cervical spine.

She said she attended the accident and emergency department of St Vincent’s University Hospital and was prescribed painkillers and muscle relaxants.

A medical report noted that Ms Winston was reviewed on August 21st, 2012 and it was noted that she had a tingling sensation to her right shoulder and arm. It occurred three to four times a week and tended to wake her from her sleep.

Ms Winston also alleged that she suffered neck stiffness which occurred two to three times a week and pain in her head at the point of impact.

She claimed that DIT was negligent and failed in their duty to ensure she had not suffered any injury while carrying out her studies.

Barrister Mark O’Connell, who appeared with Canal Quarter Solicitors for DIT, told Judge James O’Donohoe, before any evidence was called in the case that the case had been settled following talks. The terms of the settlement were not disclosed to the court and Mr O’Connell asked that the case be struck out.