Action taken over concerns about discharges from the refinery 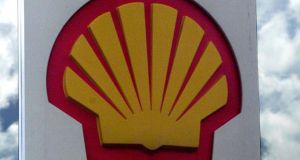 High Court has dismissed a challenge to a decision of the Environmental Protection Agency to amend a licence for Shell’s gas terminal in Co Mayo. Photograph: Reuters

a licence for Shell’s gas terminal in Co Mayo.

Martin Harrington, Geesala, Ballina, Co Mayo, had sought to overthrow the EPA’s decision in January to amend the Integration Pollution Prevention and Control (IPCC) licence granted to Shell in November 2007.

He claimed the 2007 licence was “dead” and had been superseded by a revised licence which was quashed last October by the High Court, with the consent of the EPA, as it did not comply with environmental-protection requirements of Irish and European law. Mr Harrington took those proceedings against the EPA.

In opposing his later case, the EPA insisted there was “nothing underhand” about the procedure used in amending the 2007 licence. It said the amendments were “purely administrative” and were required to make the licence comply with the Industrial Emissions Directive.

It also argued there was no point to the case because a review of the existing licence for the gas terminal is underway during which an Environmental Impact Assessment (EIA) will be carried out.

In his reserved judgment dismissing the judicial review challenge, the judge said the hearing had centred on issues of delay; whether the October 2013 order quashing the issuing of a revised IPCC licence resurrected or reinvigorated the 2007 licence; whether the case involved an unwarranted collateral attack on the 2007 licence; and whether the EPA gave reasons for its January 2014 decision.

The judge ruled Mr Harrington’s case was brought outside legal time limits as reliefs were sought based on arguments that the 2007 licence did not continue in force after June 2013.