Man had served almost half of sentence relating to convictions when a teenager, court told 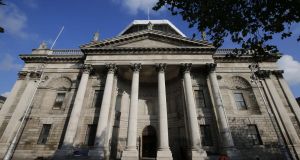 The Supreme Court has overturned an order preventing, on family life grounds, the extradition of a man to Lithuania to complete a sentence for offences, mainly theft, carried out by him as a teenager.

On Thursday, the five-judge court granted the Minister for Justice’s appeal against the surrender refusal and ordered his surrender.

Aged in his early 30s, the man was described as “well settled” here with a partner and two young children, both Irish citizens, aged four and 12. He is father to the younger child and stepfather to the older one.

He came to Ireland while on parole having served almost half of a composite sentence of five years and eight months imposed in 2006 for more than 40 convictions between 2004 and 2006 when aged between 15 and 17.

He lived openly here under his real name and has two convictions since coming here, for driving without insurance and depositing grass cuttings in a place not designated for that.

In March 2019, the High Court’s Mr Justice Tony Hunt refused surrender for reasons including it would infringe the private and family life rights of the man, his partner and the children, under article 8 of the European Convention on Human Rights.

These “exceptional” factors were such that the public interest, which would normally compel surrender, was heavily compromised having regard to the adverse effects of such an order, including the children losing contact with their father for three years. He was also critical of delay by the Lithuanian authorities.

The Supreme Court later agreed to hear an appeal by the Minister over the High Court decision.

Giving its unanimous judgment on Thursday, Mr Justice John MacMenamin said it was “natural that there would be human sympathy in a case like this”.

However, that must take “second place” to the courts’ duty under the Framework Decision and the EAW Warrant Act.

All the factors concerning the man’s position as fully outlined in the High Court decision, including the impact on the children, his age at the time of the offences, the nature of those offences and delays in this matter, will doubtless be considered by the Lithuanian courts, he outlined.

The High Court had misapprehended the legal test to be applied and then took into account features which are not permissible in an assessment of this type, he said.

While any surrender decision must be compatible with the protection afforded under the ECHR, the process “does not involve a general proportionality test”, he ruled.

The Supreme Court must carry out an assessment and determine, having applied the correct test, whether the man should be surrendered, he said.

Having done so, he concluded there were no “truly exceptional” article 8 factors in this case to warrant a refusal to surrender. The potential effect on the children, at this time in their lives, of the loss of contact with their father for almost three years was undoubtedly something the Lithuania court would take into account.

For those reasons, he allowed the Minister’s appeal.

In concluding remarks, he said the information produced by the Lithuanian authorities to explain any delay by them was insufficient and the absence of proper and necessary information was “not conducive to mutual trust and confidence”.