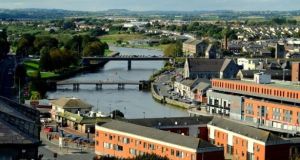 Gardaí are investigating accusations of online child grooming after two men were confronted by so-called “paedophile hunters” in Drogheda, Co Louth over the weekend.

The UK-based group uploaded footage to Facebook of what it said were two of its members confronting the men in separate incidents in Co Louth on Sunday.

The group’s tactics involve pretending to be underage girls online to engage men in conversation. They then confront the men on camera before uploading the footage.

A similar incident saw an Irish man in his 50s confronted on a street in Leeds at the weekend.

The group said one man it targeted “groomed a 14 year old girl (decoy) online sending and requesting explicit pictures and messages and arranged to meet her for sexual activity.”

A 40-minute video shows them approaching a man on a public street. The man says he is there to meet a 14-year-old girl “to get to know her.”

Elsewhere in Drogheda the group confronted another man outside his house. A Facebook post alleges he “groomed 4 girls (decoys) online aged between 10-14 sending and requesting explicit pictures and messages and arranging to meet for sexual activity.”

Both men are named and clearly identifiable in the footage.

The vigilante group states the men have been arrested.

A Garda spokesman said Drogheda gardaí are aware of the incidents and are investigating but that no arrests have been made.