Proposed law on communications data has ‘profound’ implications for media 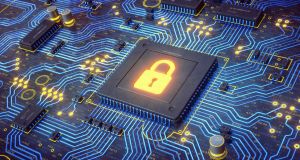 Proposed legislation on the retention of phone and internet data does not comply with European Law and has “profound implications” for journalists and media organisations, an Oireachtas committee has heard.

The Irish Council for Civil Liberties and the National Union of Journalists made submissions to the Oireachtas Committee on Justice on the General Scheme of the Communications (Data Retention) Bill 2017 on Tuesday.

Minister for Justice Charlie Flanagan published the scheme on October 3rd, on the same day as a report on existing data retention legislation carried out by former chief justice John Murray.

Mr Justice Murray found that current data-retention legislation of 2011 amounted to mass surveillance of the entire population of the State and that it was in breach of European law.

He made a number of recommendations, including that the oversight regime for access to retained communications data held by services providers be strengthened.

The report also said that access to a journalist’s retained communications data for any purpose, including the purpose of identifying sources, should in principle be permitted only when the journalist was the object of investigation for the suspected commission of a serious criminal offence or for unlawful activity posing a serious threat to the security of the State.

The report was sought by then minister for justice Frances Fitzgerald in January 2016 in response to allegations the Garda Síochána Ombudsman Commission (Gsoc) had wrongfully intercepted the phone records of three journalists.

Seamus Dooley, national secretary of the National Union of Journalists, said it “beggars belief” that the Government had commissioned the report from Mr Murray and had then set his recommendations aside.

The setting aside of the key recommendations of that review was “as concerning as it is curious”, he said.

Mr Dooley said the scheme did not make adequate provision for the protection of sources or afford the level of judicial oversight recommended by Mr Justice Murray in his review.

He said he respectfully suggested that the committee, in scrutinising the proposed legislation, had due regard to the Murray recommendations.

Mr Dooley said the current legislation in relation to the protection of sources was “in conflict with the European Convention on Human Rights and demonstrably undermines the fundamental rights of journalists”.

In a submission jointly prepared with the non-profit privacy rights group Digital Rights Ireland, the Irish Council for Civil Liberties said the scheme of the Bill did not meet the requirements of European Union law.

It also left a “fragmented system of oversight in place” that did not include key recommendations of the Murray report.

Elizabeth Farries of the ICCL recommended the scheme be modified to take account of the Murray recommendations, including that access to communications data for the purposes of identifying a journalist’s sources be expressly prohibited, except in accordance with conditions laid down in the legislation.

The ICCL submission noted that EU law set down a standard of “strict necessity” for the retention of communications data.

“Necessity does not mean that legislation can permit data retention simply b ecause it would be useful to investigatory bodies,” the ICCL said. To meet the standards under EU law, the law must demonstrate “a direct nexus between the person whose information is demanded and the crime”.

It said the general scheme of the Bill did not reform the structure for oversight of data retention and continued to place too much reliance on a designated judge who acts “on a part-time basis, with very limited transparency and without the benefit of any technical or other expert support”.