Change to remote working would raise a range of legal issues, expert says

Issues for employers include tracking working hours, health and safety and tax 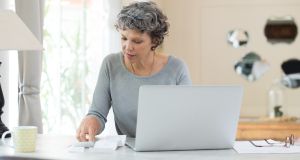 Employees are increasingly concerned about heating, broadband and telephone bills, as well as other costs that can arise from working from home. Photograph: Getty

A shift towards remote working raises a range of legal issues in areas such as recording working hours, observing health and safety rules, and not creating unforeseen tax problems, an employment law expert has said.

Jennifer Cashman, a partner with Ronan Daly Jermyn Solicitors, said there are many areas where reform has not kept pace with changes in the workplace, and that the introduction of new legislation to promote remote working should be used to introduce greater clarity.

One of the areas where greater clarity is needed, she said, was in relation to the legal obligation to record the hours during which an employee was working.

“It’s much trickier if you have employees who are working remotely,” she said. “If the Workplace Relations Commission (WRC) is doing a workplace inspection, it would expect to see records.”

The health and safety considerations for employers are “massive”, and include the supply of equipment and ergonomic arrangements, Ms Cashman said.

Employers also have concerns about possible exposure to claims of discrimination should some employees be granted requests to work remotely while others are not, she said.

Employees are increasingly concerned about heating, broadband and telephone bills, as well as other costs that can arise from working from home. It remains to be seen if the promised legislation would deal with such matters.

Ms Cashman said the State is already obliged to introduce a law on flexible working arrangements by August 2022 in order to comply with an EU directive on work-life balance.

Flexible working can include working part-time, having flexible shift arrangements, leave arrangements, and start and finish times. It is envisaged that a list of criteria will be established and employers will have to consider these when responding to requests for flexible working, and that a similar arrangement will apply for remote working requests. Both schemes would have an appeal mechanism, for cases where a request was refused.

Most employers are in favour of “blended” working arrangements, where employees can work remotely but must come into the office to work for at least part of the week, Ms Cashman said.

The parallel process of developing a code of practice to cover the “right to disconnect” is not as straightforward as it sounds, and can be problematic for multinationals that operate in different time zones, she said. Already some educational institutions have rules about sending emails late in the evening. However, managers may not expect an employee to respond to a late-night email, but the employee might not feel that way about it, she said.

“It’s all fine until it’s not. Everyone is getting on fine and then the employee falls out with the employer, and the employee says, ‘I was working ridiculous hours and I was under terrible stress and terrible strain, and people were sending me emails at all hours, and I was feeling under pressure to respond to those emails’.”

During the earlier lockdowns many multinationals allowed non-Irish workers to return home and work from there, but there is now a concern that this can create tax problems for the employer.

Many multinationals with their European headquarters in Ireland pay corporation tax here on the profits earned across Europe and further afield. But if these companies have employees working in other jurisdictions, it could create tax obligations in those countries, on the basis that they have a “permanent establishment” there.

Ms Cashman said companies were also concerned about creating income tax difficulties and incurring additional employment law obligations, by way of employees who have an Irish employment contract but are living elsewhere.

“We are advising that they wait and see what is going to come with the right to disconnect, and the law on remote working,” she said, adding that plans made before the legislation is passed could ultimately need to be changed.