Ban lifted for taxi driver who ran down passenger 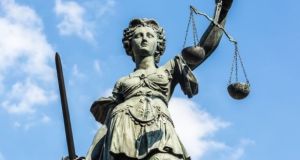 David Ryan’s lawyers asked the court to reinstate his driving licence as he needed it for his work as a rural publican in Cappaghwhite, Co Tipperary

A taxi driver who “snapped” and ran down a passenger that ran away without paying the fare has had his four-year driving ban lifted.

In July 2014, Judge Patricia Ryan suspended a prison sentence of three years and banned him from driving for four years.

Lawyers for Ryan on Tuesday asked the court to reinstate his driving licence as he needed it for his work as a rural publican in Cappaghwhite, Co Tipperary.

Judge Ryan agreed to lift the ban after noting Ryan requires the car for his occupation and has not come to any adverse Garda attention since the conviction.