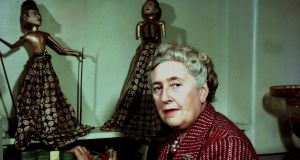 But now significant investment was required to keep up with growing demand, FSI has said.

“FSI significantly increased the number of cases reported on over the year – supporting crime investigations including murders and serious assaults, sexual assaults, drugs, possession of firearms and explosives,” its director Chris Enright has said.

Over the past two years the number of cases being submitted for analysis had increased by 23 per cent.

“While we have had a positive year in increasing capacity and reducing backlogs in many areas, a sustained increase in capacity will be required for FSI to achieve the level of service performance that our criminal justice system needs,” added Mr Enright.

As the economy had strongly recovered last year leading to higher levels of drug consumption and the number of sexual crimes reported to the Garda also reached record levels, the demands being placed on the State’s forensic service were now more significant than ever, its report said.

Many of the record number of drug seizures being sent for analyse by the Garda were “complex” cases meaning several drug types were involved, which significantly added to the growing strain on the service. These included illicit drugs such as cannabis, cocaine and heroin and also controlled medicines being smuggled into the Republic for sale on the black market.

One such case in 2019, outlined in FSI’s annual report for 2019, underlined the dangers of buying prescription medicines on the black market. Less than half of a batch of 85,000 tablets packaged as Xanax, for treating anxiety disorders and seized with illicit drugs at a house in Co Meath, were found to contain alprazolam, the drug that should be in Xanax. The other tablets contained drugs intended to treat hay fever, Parkinson’s disease and even morning sickness. One substance, Diclazepam, found in some of the tablets is a benzodiazepine drug not approved for use in humans but which has grown in popularity as a designer recreational drug sold online.

FSI last year analysed drugs for 9,319 Garda cases, up by a quarter of levels seen in 2018. Some 5,860 DNA samples were also analysed, including for sexual crime investigations; an increase of almost one third on the previous year. Some 916 chemistry or toxicology tests, which determined levels of alcohol or drugs in a person’s blood, were carried out. Staff at FSI were called to court as expert witnesses to give evidence 108 times last year, up by just over a quarter on 2018.

While FSI was currently located in Garda Headquarters, Phoenix Park, Dublin, and new purpose facility was under construction at Backweston, Celbridge, which was expected to be completed in about two years.

In 2019 the number of records on the DNA database grew by 10,000 profiles, to a total of 27,565 profiles. Some 780 hits, or matches to suspects and crimes, were recorded last year which assisted in the investigation of 1,011 cases; from burglaries and criminal damage cases to sexual crimes and homicides.

For every 100 crime scene samples added to the database, 43 are linked to an identifiable person, though not always crime suspects. A total of 1,456 stains from crime scenes were added to the stains database, now numbering 6,782. Last year, when the Irish database was checked against the Austrian one under a European exchange, 17 crime stains from Irish crime scenes were matched to suspects and criminal offenders; including two sexual assault cases, a cluster of five burglaries, one fraud case and none further burglaries or thefts. Seven Austrian crime scene stains were matched to seven Irish people; one convicted criminal and six suspects.

In one of its most unusual cases ever scientists from Forensic Science Ireland (FSI) last year detected the lethal poison thallium in a sample sent to them for analysis by gardaí investigating a bizarre conspiracy by a man to poison his colleague after a minor work place dispute.

Thomas Lynch (43), from Lisgoold East, Leamlara, Midleton, Co Cork, was accused of attempting to poison Owen Sheehan on May 23rd, 2018 at the offices of data firm Iron Mountain in Springhill, Carrigtwohill.

Lynch had heard of the poisonous chemical thallium on a television crime documentary and colleagues told gardaí they heard him saying he had smeared it on the handle of Mr Sheehan’s car before boasting he would be dead within 24 hours if he touched it.

Gardaí found a bottle with thallium in it, which had been bought online from an Italian website for €80, during their investigation and linked it to Lynch, who was jailed for a year after pleading guilty to attempting to poison a co-worker after a dispute about a pallet truck.

FSI explains in its 2019 annual report, published on Thursday, that thallium was a heavy metal most commonly used to produce fibre optics and electronic devices.

“It was used in crime writer Agatha Christie’s book The Pale Horse, 1961, as an unusual poison,” FSI notes in its report. “Subsequently at least two cases of thallium poisoning have been correctly identified and successfully treated as a result of readers recognising the symptoms from the novel.”

FSI analysis work also resulted in vital evidence being generated that linked suspected to killers to a number of murders and held to secure convictions.

Those cases included the gangland-style shooting dead of Vincent Ryan (25) in Finglas, Dublin, in 2018.

In that case the killers used a stolen car and a tarpaulin found discarded in the wheelie bin of one suspect, Dubliner Paul O’Beirne, was linked to the stolen car as it contained hairs from a dog owned by a man the vehicle had been stolen from.

O’Beirne (36) of Colepark Drive, Ballyfermot, Dublin, pleaded guilty to facilitating the commission of a serious offence by a criminal organisation by the provision and destruction of a motor vehicle and was jailed for nine years.

Four missing persons cases in which the Garda had no idea of the identity of human remains that had been discovered – cases that are known as “cold hits” – saw DNA sampling identified the deceased.

FSI scientists also generated crucial evidence in the so-called Mr Moonlight murder case. Patrick Quirke was sentenced to life in prison in April, 2019, after being found guilty of the murder of Bobby Ryan, a part-time DJ known as Mr Moonlight. His body had been hidden in a run-off tank on a farm in Co Tipperary but was discovered in 2013. A tooth found in the tank was analysed and that testing confirmed the remains were those of Mr Ryan.