Attacks against women rise during lockdown as other crimes plummet 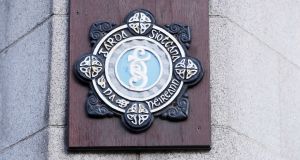 While almost all other crime type fell during the period of the most severe restrictions attacks on women aged in their 30s and over surged, according to the latest data. Photograph: PA

The number of attacks on women in their 30s, early 40s and in the “60 years or older” age group increased during the period of strict Covid-19 lockdown, despite almost all other crime types plummeting during the same period.

The latest data on crime trends confirms early lockdown reports of domestic violence having surged and that most of the victims of that violence were female.

The Policing Authority has already dubbed the surge in domestic violence during the lockdown as “the second pandemic”.

Women’s Aid told The Irish Times women being attacked by their partners had been “sneaking out to their car” to make a call to the group seeking help as they had been trapped at home during the pandemic.

Despite an overall fall of 16 per cent in assaults and related crimes in the Republic during the second quarter of the year – which is significant – the latest crime data from the Central Statistics Office (CSO) shows that drop is mostly accounted for by fewer men being assaulted.

For example, in the second quarter of the year the number of male assault victims dropped by 786 cases, or 26 per cent, when compared to the same people last year.

Similarly, the number of young females assaulted also declined. However, assaults on women in the 30-44 years age bracket increased by 13 cases, or two per cent, and attacks against women aged 60 years or over increased by 14 cases, or 18 per cent.

The increase in attacks against women in these age groups is also out of step with trends in other crime types during the second quarter of the year.

Burglaries plummeted by more than half during the Covid-19 lock-down period in the Republic while thefts fell by 39 per cent and robberies were down by 30 per cent.

Sexual offences were down by 21 per cent. A number of other crime types increased during lockdown as gardaí mounted thousands of checkpoints nationwide.

The number of drug driving cases detected during the second quarter of the year more than doubled; up to 108 per cent to 1,845 cases.

However, with pubs closed the number of drink driving cases declined; by 15 per cent to 5,881 cases.

The number of cases of “possession of drugs for sale or supply” increased by 25 per cent.

Garda sources said because the streets of towns and cities were deserted and more gardaí were on the beat it was much easier to spot on-street drug deals.

In total there were 281 crimes recorded in the second quarter of the year relating to Covid-19 enforcement measures, which included people who travelled more than 2km or 5km from home during the period of the most severe restrictions.

Other notable trends in the second quarter of the year, April to June, include: homicides, including murders, down by 24 per cent to 13 cases; kidnapping and related offences by 44 per cent, but off a low base of 23 cases; fraud and deception-based crimes down by seven per cent, to 1,843 cases; drug crime up by 11 per cent, to 6,903 crimes detected during the quarter; weapons offences – including guns and knives – up 17 per cent to 831 cases; public order crimes down by 11 per cent to 7,448 cases.