Appeal judges set down sentencing guidelines for burglary and robbery 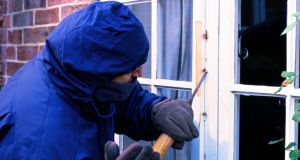 A series of lengthy judgments handed down by the Court of Appeal last Thursday amounted to “a significant development in sentencing law”, a leading academic has said.

Rulings on five cases involving burglary and robbery were delivered. It had been anticipated 10 cases would be dealt with, but half had to be adjourned for one reason or another.

All the cases involved appeals against sentences, and the three appeal judges used the occasion to set down, for the first time, guidelines on the appropriate punishments for such crimes.

The judgments passed by almost unnoticed, but they symbolise a shift in the thinking of the judiciary and an increasing willingness to rationalise Ireland’s sentencing regime in face of demands from the public and the legal community.

Up until now Circuit Court judges have had little or no guidance on how to treat the burglary and robbery offences which make up the bread and butter work of the jurisdiction. This had led on occasion to what were sometimes perceived as derisory punishments for offences involving families and elderly victims, particularly in rural areas.

“It is a significant development in sentencing law that the Court of Appeal has shown itself willing to offer guidelines. This could lead to more coherent and structured sentencing in the future,” academic and barrister Tom O’Malley told The Irish Times.

O’Malley represented the State in one of the cases last Thursday, and was one of the lawyers to prevail on the court to issue guidelines.

In issuing judgments on the various appeals, the three-judge court set out a range of sentencing bands for crimes in the low, middle and high categories of seriousness. In the case of burglary, the lowest range should attract a sentence of between zero and three years, it said.

Cases in the middle-range warrant between three and nine years, while the most serious cases should attract a term between nine and 14 years.

In the case of aggravated burglary (burglary with a weapon) and robbery (theft involving violence or the threat of violence) the mid-range is 6-10 years and the high range is 11-15 years. A sentence of life is reserved only for the very worst cases, the court said.

All these are pre-mitigation guidelines, meaning they are only a starting point, and will be reduced to reflect mitigating factors such as a guilty plea or the personal circumstance of the accused.

As well as setting out sentencing bands, the court also detailed what factors put a case in the middle or serious categories. For example, in the case of burglary, the targeting of homes, especially in rural areas, or the targeting of elderly or disabled homeowners might move a case into the mid-range, while the ransacking of the dwelling might move it into the most serious category.

At the same time as issuing the guidelines, the court also significantly increased the prison terms of several offenders who had been sentenced in the lower courts.

Cousins Michael and David Casey had originally been sentenced to 4½ years imprisonment with the final year suspended for breaking into the house of a 62-year-old man, causing him to have a fatal heart attack. The Court of Appeal increased it to seven years, with eight months suspended.

In the recent past the court was asked to set down guidelines for dangerous driving causing death cases, but demurred

In a separate case, burglar Richard Evans, who has 127 previous convictions, saw his prison term increased from three months to 2½ years.

It is tempting to see the Court of Appeal’s initiative as a reaction to recent public concern about rural crime. However, it is more likely to be reaction to a perceived lack of consistency and logic in the sentencing of burglary and robbery offences and a demand from judges for more clarity.

Break-ins of occupied houses, especially those of elderly victims, are generally treated harshly by the judiciary but there are notable exceptions; the original sentence handed down to the Casey cousins is a case in point.

This is the first time the Court of Appeal has laid down sentencing guidelines, and is seen by many lawyers as signifying a change in thinking about the role of courts in the area.

Previous appeal judges have shied away from giving guidelines, fearing it could trespass on the role of the Oireachtas as the body which decides the maximum and minimum sentences for a crime. They also worried about interfering with the discretion of individual trial judges in sentencing.

In the recent past the court was asked to set down guidelines for dangerous driving causing death cases, but demurred. It is understood it believes there are too many variable factors in such cases, and it would, therefore, be difficult to formulate meaningful guidelines.

However, guidelines for other offences have been set out by the Court of Appeal’s predecessor, the Court of Criminal Appeal (CCA). In 2014, shortly before it was replaced, the CCA issued guidelines for the offences of child sex abuse, firearms possession and causing serious harm.

The addition of the new guidelines means the Circuit Criminal Court now has sentencing directions in a large proportion of the cases which come before it. Drug possession, assault and theft cases are the only major categories still waiting on guidelines.

Judges will continue to cry out for guidance in tricky cases, especially those that tend to attract public comment and controversy

The new regime will be mostly welcomed by judges, who have been asking for additional guidance for years. Of course, they are not bound to abide by the guidelines, and some exceptional cases will still require an exceptional sentence. However, in most cases significant variation is likely to lead to an appeal by either the prosecution or defence, and no judge likes that.

The guidelines will have the additional benefit of cutting down the number of appeals going to the new court, something which will surely be welcomed by its overburdened staff. At last count the waiting time for a criminal case in the Court of Appeal was over a year, with the warning that it would only get worse.

Judges will continue to cry out for guidance in tricky cases, especially those that tend to attract public comment and controversy. On Friday, Ms Justice Úna Ní Raifeartaigh said it was “somewhat bizarre” guidelines do not exist for rape sentencing. “One judge’s substantial could be four years, and another’s could be 14 years. It’s somewhat bizarre that an area that is so sensitive has so little in the way of guidance for a trial judge.”

That could soon change. Earlier this month the Supreme Court indicated it might soon have to consider sentencing “tariffs” for rape cases, and it is waiting for the right case to come along.