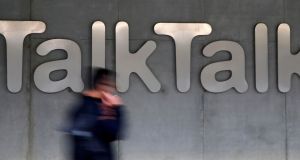 A Co Antrim schoolboy arrested over the TalkTalk cyber attack has begun a legal challenge over an alleged failure to implement legislation that would protect him from media identification.

The 15-year-old is seeking to judicially review the Department of Justice, claiming it has done nothing about a law prohibiting the press from naming juveniles suspected of crimes before they have been charged.

His lawyers contend that a legal loophole enabled his details and photograph to feature amid widespread newspaper and online publicity.

It is the second set of proceedings issued by the teenager since he was detained last month by police investigating a major hack into the phone and broadband provider’s database.

The boy was interviewed on suspicion of offences under the Computer Misuse Act before being released on bail.

Under the terms of the 1999 Youth Justice and Criminal Evidence Act no details identifying anyone under 18 allegedly involved in an offence can be reported.

Although that law applies to England, Wales and Northern Ireland, counsel for the boy claimed Stormont’s continued failure to commence the Act has impacted on his right to privacy.

The court heard that without implementation of the relevant section of the Act, the boy had to bring civil proceedings against publishers and firms based in the United States.

At one stage the judge questioned whether the court was being asked to get involved in a political issue.

Rejecting a categorisation of the case as being urgent, Mr Justice Maguire insisted he would not be “rushed into making a decision in a case which has such a high policy content”.

Aidan Sands, for the Department of Justice, confirmed the same position applies in England and Wales - Section 44 has been enacted but no commencement order given.

With papers in the case only just served, the judge adjourned the challenge for two weeks to give the department more time to consider the issues.