Shrinkflation: when products get smaller but the prices don’t

Yorkies are less thick than they used to be, a box of Surf washing powder has become lighter, and a bar of Imperial Leather soap is 20 per cent smaller 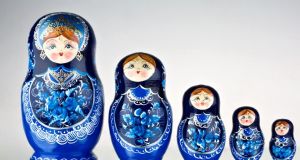 A reader recently bought a Brunch ice cream but, rather than bringing her joy, it saddened her greatly. On the packaging she was promised a thick coating of biscuit crumb covering a large hunk of ice-cream. When she opened the packet, however, the crumb could best be described as patchy. “You could actually see the ice cream,” she told us. “It wasn’t like that when I was a child.”

To check the veracity of her claim, Pricewatch had no choice but to buy a Brunch. Sure enough, the biscuit coating wasn’t a patch on what we remember, and we could clearly see vanilla ice-cream under the biscuit coat.

So we contacted maker HB to find out what was going on. “The amount of crumb in Brunch’s topping has not been reduced,” a spokeswoman said. “But we did identify a production issue, which unfortunately means they haven’t been looking as biscuity as they should. We have recently resolved the problem, but know that there is still a small amount of the affected product on sale.”

The crumb certainly looked, to us, like it had been reduced. So we did a little more digging and found out that the “production issue” apparently dates back to May 2013. Taking two years fix a biscuit crumb-related “production issue” seemed odd to us, so we asked HB for more information. At the time of going to press, HB had not got back to us.

While the amount of biscuit on a Brunch is, in the grand scheme of things, not the most important development in the world, it does lead us on to something more insidious, which is happening to many products beloved of Irish consumers: shrinkflation. The term describes a now common practice among big-name manufacturers to shrink the stuff they sell us while keeping the price high.

Take the Yorkie bar. When it was launched in the mid-1970s, the Yorkie’s unique selling point was its size. It was, the ads assured us, “good, rich and thick”. It had to be, because truckers ate a lot of chocolate (or so the narrative went). At 70g, its claim was on a solid footing. Last week, however, we came across a Yorkie weighing in at just 46g. Sitting beside it on the shelf was a pink Snack – a two-fingered pink Snack. In recent times it has lost one of its digits, but the price has not fallen by one-third. In fact, in most retail outlets is has not fallen at all.

If only these were isolated incidents. Kraft, the maker of Cadbury Creme Eggs, caused consternation earlier this year when it reduced its multipack from six to five. Snickers bars have shrunk over the past 18 months; Twirls are but a shadow of their former selves.

The manufacturers all say that cocoa prices on commodity markets are driving production costs up. Rather than make products dearer, they think consumers would rather they made them smaller.

It is not just our chocolate bars that are shrinking. The authoritative British consumer group Which? has tracked sizes and prices across thousands of well-known items, and its most recent report makes for slightly depressing reading.

Unilever owns the companies that make Surf, Cif and Domestos – and Brunch. We asked the multinational to explain what was happening and why the products were getting smaller. It said that, in all these cases, it had lowered its recommended retail price but could not control the prices the products were sold for in individual retailers.

The shrinkage does not end there. In previous years, Which? has recorded one- litre tubs of Carte D’Or ice cream turning into 900ml tubs, while a litre of Innocent smoothies became 900ml. Magnum ice creams, which used to be 360ml, are now 330ml, and the size of a bar of Imperial Leather soap fell from 125g to 100g, a reduction of 20 per cent.

It claims supermarkets deliberately mislead shoppers and try and get them to choose products they might not have bought if they were in possession of all the information needed to make informed purchasing decisions.

“Despite Which? repeatedly exposing misleading and confusing pricing tactics, and calling for voluntary change by the retailers, these offers remain on numerous supermarket shelves,” said Richard Lloyd, the group’s executive director. “Shoppers think they’re getting a bargain, but in reality it’s impossible for any consumer to know if they’re genuinely getting a fair deal.

“We’re saying enough is enough, and using one of the most powerful legal weapons in our armoury to act on behalf of consumers by launching a super-complaint to the regulator. We want an end to misleading pricing tactics and for all retailers to use fair pricing that people can trust.”

Which? is acting on behalf of British consumers. Of course, similar practices are widespread in this jurisdiction, where we deal with the same levels of shrinkflation and baffling – and sometimes misleading – offers. When price discrepancies are highlighted by Pricewatch readers, retailers usually describe them as a one-off or an error.

It is a pity there appears to be no consumer body in Ireland willing to challenge this. The Consumer Association of Ireland does not have the resources, although chief executive Dermott Jewell says he is frustrated by many of the practices reported by Which? “I don’t know if we can say consumers are being deliberately misled,” says Jewell, “but they are being put in a position where it becomes very difficult to make informed decisions.

“I think the worst example of this is the widespread shrinking of products. The content gets smaller but the price and the packaging stays the same. These are price increases by stealth, and by any measure inflation of this nature is abnormal in the current environment. I think they are appalling.”