Is there any comeback when a teen accidentally runs up a big mobile bill? 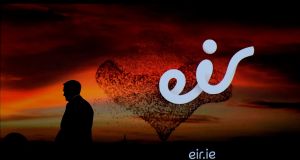 ‘I was also told I could log into My Eir account at any time but that isn’t feasible.’ Photograph: Maxwells

A reader called Sarah starts her mail to us by wondering if we could help her with a problem she has been having with our friends at Eir “or even maybe advise as I could be 100 per cent in the wrong here”.

She bought a phone from the company last Christmas for her 14-year-old daughter and it took her three visits to a store to complete the transaction. On her second visit she asked if she would need her daughter’s details or signature as it was to be her phone and was told yes.

That was not a problem, and on the third visit her daughter came with her and was ready to sign and get her new phone, which had a €40 per month plan attached, which Sarah thought would give her “plenty of data for social media etc”.

Sarah asked the staff member if there was anything for her daughter to sign and was told no. “I let it go as it was no big deal. So I go to pay for the phone and after two prior visits to the store to discuss this purchase, the lady says: ‘Oh, they want a €300 deposit for this phone’. It was the first time it had been mentioned and my daughter was standing beside me. I had to hand over my card.”

Sarah was told the deposit would be refunded after her seventh bill was issued – on July 9th. She adds that her weekly wage is €363 so €300 is a lot of cash.

Fast-forward to July 9th this year. She logged on to the My Eir account and used all her own details as the bill payer and account holder but not the actual owner or user of the phone.

Her bill was showing €75 in credit. She was confused, as she had been told she would get her full deposit back.

So she talked to Eir via webchat and was told the bill for July was €225.

“My heart stopped! The bill had always been €40, my daughter never went over her usage so I couldn’t understand why, after waiting seven months to get my deposit back, I was told it was gone. It turns out that as my daughter had just spent 10 days in Germany she had a daily data usage of 250MB but would be charged for all data after this.”

Sarah says she thought roaming charges within the EU had been done away with. So did we.

She asked Eir if it could have contacted her as the account holder when it saw the spike in activity in the same way banks do when they see a jump in account activity.

In response, notification messages were sent to the number on the account – the phone her child who was in Germany had.

“She got a message daily to say she had used her 250MB allowance and would be charged. She also thought it was the same message which just kept coming in as she was in a different country,” Sarah says.

“The problem is I was unaware of any of this and had no idea about usage charges, data allowance etc, even though I am named as the account holder.”

She says the “charges are there, my daughter used the data, I’m not disputing that. My problem is that when I questioned why I, as the bill payer and account holder, had not been notified so that I could tell my daughter to turn off her data prior to running up a huge bill.

“I was told that it is not up to Eir to decide who uses the phone once it’s bought. I told the rep I had specifically made the store assistant aware that the phone was for my 14-year-old daughter and he told me then to contact that store assistant as if they could do any more than he was willing to do, which was zip.”

She then asked the rep if her daughter could have bought the phone herself, to which he replied “no” as it is against Eir policy to sell phones to children under the age of 18 as they cannot sign contracts.

“This was my point to him. I had to purchase the phone for her as she wasn’t legally allowed, so therefore I would technically be the account holder but I would not have access to the phone nor any notifications about charges.”

Before contacting us she had accepted that she would probably not see her deposit again. She made contact with Eir again to see if it could add her number to the account “so that in future any notifications would be seen by me as well as my daughter and I might be able to stop this happening again”.

“I was told that I would have to change from my current provider and get an Eir mobile number to put on to the account. I was also told I could log into My Eir account at any time but that isn’t feasible – you would have to be logging in daily to see if charges were showing and even then it may be too late. In other words they won’t notify me of charges on the account I pay, which I think is ridiculous.”

She suggests it is a “fantastic way for Eir to get money from a lot of parents who haven’t been aware of charges run up on the phones they bought for their kids until they get the bill, by which time it’s too late. I think it should be standard practice that if a phone is bought for a minor, the account should have both the mobile number of the phone on the account and also the mobile number of the parent or bill payer). This way parents would be notified same as the child and can take action.”

We contacted the company and received the following statement: “Our care team are working with this customer to ensure she is satisfied with account set-up and is aware of the convenient monitoring options available to parents. Customers can access the My Eir website, or download the free My Eir app, to remotely monitor bill usage in real time. Customers also have the option of placing a data bar on their child’s account by contacting 1901. As a customer incurs charges for use of data, Eir sends usage notifications directly to the device incurring the usage, which is the industry practice. Those notifications also highlight any charges incurred. In this instance the account has a 10GB data allowance, 80 per cent of which had been used before the customer’s daughter travelled abroad. As the owner of the device, the customer’s daughter received regular, direct updates by text message on data usage. These messages informed the user when data allowances were being exceeded and advised of the charges that would apply when the allowance was consumed. The charges incurred were not roaming charges, but the cost for additional data usage at a standard rate.”

Mary O’Connor got in touch to share a “good news” story with us. “I bought two bunches of ‘Irish Stock’ stems in Dunnes Stores, Cornelscourt, recently, brought them home and cut stems and placed them in water with powder provided,” she writes.

“The following morning my flowers were dying – €10 worth. I emailed Dunnes and received a speedy reply telling me they would have their Agronomist call me! Very impressive, thought me! A couple of days later he did call and explained in detail the chain of events that led to my flowers dying. He is providing me with a bouquet of apology to make up for the experience!”

She says it is “not often nowadays that companies take heed of a complaint or even follow it up so I would like to say Well done to Dunnes Stores – and an Irish company at that – I for one will be supporting them in the future. They have changed direction in every way for the better!”