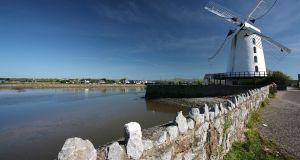 Dublin has been named the best-rated destination in Ireland for tourists in Trip Advisor’s annual Travellers’ Choice Awards for destinations.

The award recognises the locations that are the most popular among TripAdvisor reviewers based on millions of reviews and opinions.

In the world rankings, London jumped from second place in 2018 to win the world’s number one destination on the list.

“The international excitement around the wedding of Prince Harry and Meghan Markle no doubt spurred interest in the capital and helped boost it to the top spot in this year’s rankings,” a TripAdvisor spokeswoman said.

Elsewhere in the world category, Paris takes the runner up spot, while Rome follows in third place.

New York, a long-time favourite with travellers worldwide, slips outside of the world top 10 to 13th, down from 10th last year.

Phuket, Barcelona, Istanbul, Marrakech, Dubai make up the rest of the top 10 respectively.

The movie quiz: What mighty age is Olivia De Havilland?
Browser reviews: Kraftwerk but no scoop, a Bombay trip, and Protestant nationalism