Covid-19: Revenue hit for over 300 travel agents and tour operators since early March 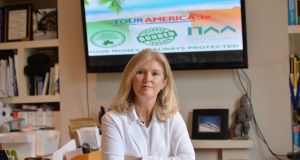 The scale of the crisis that has engulfed the travel industry during the pandemic is worsening. And with little prospect of a pick-up in overseas leisure travel until next year, fears are growing that many businesses in the sector will not survive.

Senior industry figures are warning that the industry is on the brink of collapse, with thousands of jobs on the line.

Ireland’s more than 300 travel agents and tour operators have seen their revenue streams dry up since early March. With the Government yet to offer any roadmap to recovery, they have also had to return much of their income from the preceding months as customers sought refunds on bookings affected by Covid-19.

On Wednesday, a representative group will deliver a petition with more than 5,000 signatures outside Leinster House, seeking Government support for the sector.

It calls for the wage subsidy to revert to pre-September levels and for grant aid to be made available for travel agents until they can resume trading.

The industry is also calling for the Government to lift travel restrictions and to update the so-called Green List of countries deemed safe to travel to. The list, which contains 10 names, has not been updated in more than a month despite a Government pledge to review it every fortnight. It does not include many countries where Covid-19 transmission is significantly lower than Ireland.

Figures from the European Centre for Disease Prevention are used to decide which countries should be on the list and when it was first drafted the Republic’s infection rate was about five per 100,000. This figure is now at more than 30 cases per 100,000.

A Government spokesman declined to comment on when changes to the list or the rules associated with overseas travel might be announced other than to say any potential changes were “pending a review of the international situation”.

The spokesman did not detail what this review would examine and when it might conclude. However, Government sources have indicated it is unlikely to be changed until the new long-term plan for living alongside Covid-19 is published on September 14th.

Linda Jones, who runs the Travel Boutique in Bray, is the author of the petition. “We lost all of our existing bookings and are making no new bookings for 2020. No other business has had to give back everything they previously earned as well as having no sales this year,” she said.

“We are six months into this crisis and have been absolutely devastated by the pandemic. There is no restart date for our industry and until the ban on non-essential travel is lifted and the lists and quarantine scrapped we simply cannot operate. The travel restrictions have killed our business.”

Mary McKenna has been running Tour America for more than 25 years and until March had a profitable business, which employed more than 50 people.

“We are different to the pubs and other sectors in that we could not stop working even at the height of the crisis and we were processing refunds and doing whatever we could to accommodate our customers,” she said.

Her company has processed about 70 per cent of refunds due and is chasing airlines and cruise companies to expedite the return of more money. She said across the industry about €120 million is yet to be refunded to customers.

“We have been doing all the right things and 98 per cent of our customers are happy. The Government should recognise that businesses like mine are good for the economy and will survive, but we need more support.”

Ms McKenna said she did not believe travel would start to return to normal for at least six months “I think we are looking at Easter and if things don’t start coming back by then I think the hotel-tourism sector, from the airlines to the hotels, will be in serious trouble.”

John Galligan runs “a micro-business” in Sandyford and has, he said, “carved out a very successful niche for ourselves” in upmarket leisure trips and expeditions . “Until March, things were going really well,” he said.

Mr Galligan said his staff worked through the lockdown “monitoring what flights were still operating, keeping clients informed and seeking refunds from providers” despite “taking a huge drop in salary, as they had to make do with the wage subsidy scheme”.

He said when he heard the wage subsidy scheme was being extended until April, he was hugely relieved. “I felt we might actually make it through this crisis. However when I read what they actually had done, my heart sank through the floor.”

He said the Government had “slashed” the supports to €203 per week and redundancies were inevitable.

He expressed frustration as many of his customers with 2020 bookings “have rescheduled to travel with us in 2021, so we have very good advance sales [but] because of the withdrawal of supports, I too had to let one of my staff go this week. It was heartbreaking.”

Mr Galligan said his industry had “bombarded Ministers with facts about the imminent and inevitable loss of up to 3,500 jobs in the Irish travel business. We have warned them about the almost total wipeout of Irish travel agents, but we have been ignored at every turn.”