With two shopping centres holding mega retailers, the main street has most of the little charmers 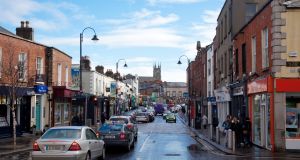 Blackrock village has not one but two shopping centres which take shoppers off its main street, a lovely stretch to amble along with shopping aplenty. Photograph: Paul Sherwood 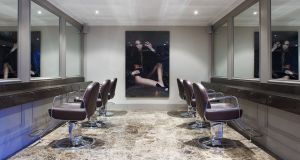 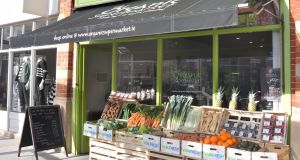 Blackrock village has not one but two shopping centres which take shoppers off its main street, a lovely stretch to amble along with shopping aplenty. The village lost some retailers during the recession and some, like Starbucks which inhabited the former post office and boasted some of the best sea views in the village, have moved.

Retailers are hoping the post office will become a restaurant to draw new shoppers to its main street. But Blackrock Business Network (BBN) is fighting back, pushing a rebranding of the village with the tagline, “We’ve got it all”. Given Blackrock’s seaside credentials it would also make perfect sense for the village to make more of its proximity to the water.

Be sure to visit Adams of Blackrock (01-288 5146, adamsblackrock.com) in situ since 1947. While it is principally an auction room browsers are welcome to view the lots and to consign a bid before its next interiors auction on April 5th.

Across the street and virtually out of sight due to its first-floor location is In The Frame (01-278 0659, in-the-frame.ie), a fine-art framer used by many of the city’s best regarded galleries. Fashion fans should check out Khan (01-278 1646, khan.ie), a stalwart of Rock Hill for 22 years whose new lace dresses from Alpha Studio will lure you across the threshold.

€20 or less
Darren Grant opened The Organic Supermarket on July 14th, 2008, the day Ireland officially went into recession. The former global project manager with Dell now has three supermarket branches – in Rathgar, Malahide and Blackrock – and more than 3,000 products in store. His organic wine selection and organic ready meals are among the shops’ best-sellers.

€50 or less
Jane Carroll Design is a delightful shop with an interior fitted out to look like little dolls houses by Brian Kehoe. She set up shop 12 years ago on Carysfort Avenue and moved to the main street in 2014. Cards designed by Carroll cost €15 for a set of 15. There are cuddly toys including an owl, €24; acrylic mushroom lights, €45; and a ride-on elephant, €120. Her website, being redesigned, doesn’t give any idea of how special this shop is.

€100 or less
Brown Sugar salons have a cool celebrity following with Conor McGregor, Laura Whitmore, Lisa Fitzpatrick, Louise McSharry, and Marissa Carter all dropping in for a spot of grooming. The Blackrock branch opened in 2008 and won the coveted L’Oréal Colour Trophy last year. It is a lively spot to get set for the weekend. A cut, shampoo and blow-dry for women ranges from €67 to €87. The same service for men costs from €35 to €50. A brow shape costs from €22 to €35 while an Essie two-week manicure costs €35. The salon’s make-up artists favour, Saltwater Happy, a beautiful shade of baby blue; Chillato a powder lemon yellow and Peach Side Babe, a remarkably flattering coral shade.

€500 or less
Emma Colleary opened her first high-end children’s boutique in Ranelagh in October 2005 moving to a larger premises in 2010. She opened her second shop in Blackrock in October 2011. Selling clothes, toys and changing bags, it is her girls’ garments from labels such as Timberland, Billlie Blush and Catimini that make mammies weak at the knees. A navy blue polka-dot dress costs €84.90 while the super contemporary take on feminine pairs a tutu, €79.90 and matching T-shirt, €29.90.

€1000 or more
Cloney Audio’s Devialet Phantom (devialet.com) wireless speakers offer ultra dense sound and stylish good looks. You can listen to them in its Blackrock shop. The speaker works off wi-fi and Aptx Bluetooth and is suitable for use with high res streaming services such as Tidal and Qoobuz. There are two Phantom models which are the same size and look similar; the white one has 750 watts output and costs €1,690 and the silver model puts out 3000 watts and costs €1,999.

Down time
Take time to navigate Blackrock Market (blackrockmarket.com), where designer fashion fiends might discover a real find at Bella. This writer saw a Balenciaga jacket . But first, drop into The Mellow Fig on George’s Avenue for breakfast.