Laura Kennedy: Instagram substitutes verbal chicanery for the visual sort and reminds me that my legs are not aesthetically pleasing 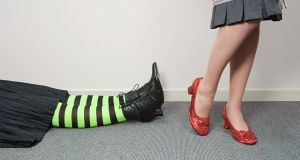 "Other people’s lives are not always as they seem, and neither, sometimes, are their legs." Photograph: iStock

One of the realities of the modern era – not by any means one of the most important – is that it is unwise to have any job involving public engagement, like being a writer, without engaging in social media. Now, don’t get me wrong; that sentence is enough to trigger some people into a near fatal paroxysm of outrage. My ridiculous generation, etc. There are indeed many quite laughably twittish members of my generation, but thankfully twittishness is an equal opportunities characteristic, and not unique to people under the age of 40.

For a generation to whom home ownership and job security has been more or less closed off, I think that we are doing a relatively good job of monetising our sometimes unorthodox skills in unprecedented and creative ways. Which brings us back to social media. If, like me, you have one of those millennial jobs that is unrecognisable as a job to many (in my case writing words for money from a desk in my house) you had best maximise your reach and chances of getting work by engaging in social media.

Despite this, Instagram is the platform that makes me uncomfortable, because it substitutes verbal chicanery for the visual sort, and honestly, it makes me feel bad about my legs. I have felt bad about them for most of my life really. They are cobby, unshapely. The knees are more of a functional halfway point than a discernible joint. Occasionally I glance at them when sitting, note how quickly my feet occur at the end of them, and think “How can such a short leg mechanically function?” And yet they function – those legs have carried me toward and away from many things, and they have stood firm (without looking firm) when I needed to stand, immovable, between harm and something or someone I sought to protect. They are perfectly good legs, but they are not aesthetically pleasing, and Instagram reminds me of this.

That isn’t necessarily a problem in itself – I possess the ability to think honestly about my appearance without equating it with my entire worth, and most of us get better at this as we get older and, ironically, usually, a bit less attractive by general standards. However, while I use Instagram for work, and have found a very kind and friendly community of (mostly) women there – they simply form the majority of those who choose to look at my posts – I often come away from it pressed by a vague sense of inarticulable inadequacy.

Few people post a balanced look at their lives – our Instagram accounts are essentially advertising campaigns for our own worthiness. We want to convey ourselves as successful, valued by those around us, and, frankly, more attractive than we are in the three dimensional reality of an everyday life in which we all have days when we look and feel like a bowl of congealing Weetabix. In the dawn of a brand new year, that is worth remembering. So is the fact that everyone else’s Instagram reality is as constructed and curated as your own. Other people’s lives are not always as they seem, and neither, sometimes, are their legs.