We all have servants these days. And we like having them

Laura Kennedy: Our servants today may not be deferential but they cater to our every whim 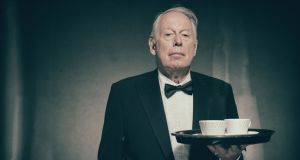 'Most people don’t have live-in servants but we briefly hire servants through apps all the time.' Photograph: iStock

“Her family has servants. The type only really wealthy people in this part of the world had a hundred or more years ago. People who cook and bring your food, who take care of your children, who clean your house, but now! It’s crazy.”

My friend was talking about an colleague of his who comes from a well-to-do family in India. His friend, he reported, is a woman in her late 20s completely devoid of life skills.

Since coming to the UK to take a lecturing job at a university, she has had a series of mishaps that my friend finds simultaneously hilarious and unacceptable. Used to her family’s driver chauffeuring her everywhere at home, she gets lost on public transport quite a bit. She tried to make oven chips and nearly caused a mass fatality, so she just orders in and eats at restaurants now. Until very recently, she had never been to a supermarket to buy groceries. At home, her family has live-in staff who did all of those things for her.

I found myself briefly joining my friend in his bemusement at this person’s incapacity to look after herself, and distaste on behalf of the service people who sound very much like they are being taken advantage of. Labour is obviously more expensive here than in many parts of the world, and most of us could not afford to have live-in help (the word “servant” feels like a predatory archaism that is not acceptable to say any more) even if we wanted it.

Having a low-paid, likely less socially advantaged person serve me would make me very uncomfortable, I thought. After all, no one chooses to take care of the basic needs of others ahead of their own for very little money (apart from parents, that is, who do it at their own expense), except out of grievous economic necessity.

Then, I remembered what hypocrites both my friend and I were. I cannot make an educated comment on the sort of lives and conditions endured by the people who work in service jobs living in the homes of wealthy families in India. I can, however, take a brief look at my own life, and those of people around me, and recognise that we all have servants these days.

Most people don’t have live-in servants who dedicate their time to our needs alone, but we briefly hire servants through apps all the time. I order big grocery shops to my house because the alternative is doing several small ones through the week and lugging them home. On evenings when I don’t want to cook, I use food apps – a person on a bike collects my dinner and couriers it to my front door.

When I run out of something, I order it on Amazon and a person who brings people whatever they order knocks on the door and hands it to me. On the occasions when I can’t or more likely don’t want to walk or take public transport, I use Uber or a taxi app to hire myself a temporary chauffeur.

Though modern technology has in some sense returned us to a past where servants are commonplace, because the service people whose labour we benefit from are not directly employed by us full time, there is no servility of manner – they are thankfully not required to treat the person temporarily ‘employing’ them deferentially or like a superior, which they are, of course, not. So the transactional nature of the interaction is understood on both sides.

The gig economy is not without problems – low pay and all of the insecurities we subject self-employed people to apply – lack of pensions, holiday pay, safety nets, and this sort of work is probably not anyone’s dream job. However, it is also work that people can do on their own terms.

During last year’s knee-deep snow, Dublin Deliveroo bikers struggled through the freeze to get food deliveries to people. Whether you consider those delivery people victims or admirably industrious (or both) will likely indicate where you fall on this issue. Regardless, access to servants has been democratised, and their jobs exist because, discomfiting or not, we like having servants just a button-tap away.