You took my clumsy steps into adulthood as a betrayal, a heartbreak of your own

Memories I keep, though they crack and change with time, keep a part of you here, with me 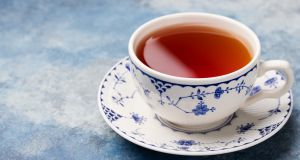 Each one of your prim, lovely blue and white teacups that I have broken has condescended to the ground almost in slow motion as my guts clench and flip. Photograph: iStock

I break things all the time. I am clumsy that way. You used to say often, though never unkindly, that I was forever falling over and dropping things. It is a narrative you wrote that is either true or has become so as I live my life within it.

I unintentionally break the cups you left me, because I refuse to “keep them for good”, even though I treasure them. There is probably some unpleasant Freudian interpretation in that, but I do not care to dig for it or flip over the rock it wriggles under, all legs and unpleasantness.

When I break another cup, I can hear you telling me softly, chidingly but with affection, how clumsy I am. Of course, that is a lie, because I cannot hear you and I can remember the feel of your voice rather than the sound of it, and anyway you would not be affectionate if you were here and I broke one of your cups; you would be annoyed and talk about the cost of a new one. That is a living reaction – the concern of someone who lives to buy another cup. The dead do not have to worry about money or the future and tend, as a result, to be more understanding.

I seek you out but you seem to be only where my mind places you. The truth is that I cannot really find you except in reminders, in whispers of memories, almost like smelling something from your childhood without being able to place it. Sometimes, I see you in photographs of me, when my mouth is set a certain way, and I am frightened to find you there, in my own face. I don’t really want you there, because it hurts to see it, and I suppose that my sense of myself is eroded by it.

It was hard, as I grew up, to separate from you in the way that was only natural. Without my father there, you relied on me too much, and we were too close. You took my clumsy steps into adulthood as a sort of betrayal, as a heartbreak of your own. You did not let go when you should have, and I proceeded into the world pulling against a tether that ought not to have been there. I resented it, as you did, but I loved you still. I love you still.

I am paralysed, watching as the vessel fragments into shards that explode, zooming away from one another, taking my memories with them and splintering them across the room

Each one of your prim, lovely blue and white teacups that I have broken has condescended to the ground almost in slow motion as my guts clench and flip. Each time, I am paralysed, watching as the vessel fragments into shards that explode, zooming away from one another, taking my memories with them and splintering them across the room.

While large, shrapnel-like ceramic shapes clink and rattle against the baseboard beneath the kitchen cupboards, tiny particles of the shattered cup float like dust into the cracks in the floor and waft away on the air, gone forever.

They are imperceptible to the human eye, and squint after them as I might, I know that I cannot get them back again. A broken cup is a different kind of object to a cup; its essence is somehow fractured along with its form, and it becomes disunified, robbed of its true purpose, even if you manage to force its parts to embrace one another again, and hold fast.

I cannot fix the things I break completely, so I thought that I might as well honour the damage. I bought a Japanese Kintsugi kit to help me fuse the cups back together. It sounds notions, but the word means “golden joinery”. To do it, you mix lacquer with a gold powder, and use it to fuse broken pottery back together. It is a way of acknowledging breakage and repair as part of an object’s life or history, instead of a reason to discard it.

It means that I can drink from the cups again, and the golden veins that shiver through the floral pattern serve as evidence that the memories I keep, though they may crack and change with time, still keep a part of you here, with me.

Quizmasters: ‘It’s not about being the smartest person in the room’
8