The apps placing information and power in women’s hands 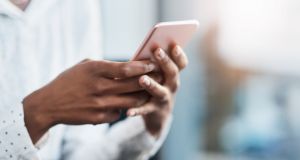 Places and people with no running water or healthcare now have internet connectivity, usually via mobile, making it possible to provide health, education and financial services to even the most remote locations. Photograph; IStock

Smartphones have become part of our lives in a way we couldn’t have imagined a decade ago. For many in the developing world, owning – or at least sharing – a smartphone is now within reach. Places and people with no running water or healthcare now have internet connectivity, usually via mobile, making it possible to provide health, education and financial services to even the most remote locations. By 2025, half the population in sub-Saharan Africa is expected to have a mobile phone. Digital health, telemedicine, wearables and tablets are also part of the story.

A recent conference on gender equality in Vancouver put the spotlight on the power of apps and chatbots to bridge the digital divide, and put information and power into women’s hands. Apps on display included heatmaps of city streets to warn women where their safety might be at risk, an app that helps midwives look after pregnant women in remote mountain locations, and one offering credit to those left out of the financial system.

Not all the apps featured were designed purely for women, but in a discussion chaired by Melinda Gates, tech leaders discussed how empowering women and improving their decision-making capacity was at the heart of their creation. “Information and money are power in the hands of women,” Gates told the gathering. “It changes their view of themselves and it changes the view of the people around them.”

Many African health clinics are staffed by members of the community, meaning teenagers looking for information about sexual and reproductive health are often too embarrassed to seek it out.

Lucybot is a chatbot (m.me/lucybot2017) designed to make this information accessible through Facebook Messenger. With family members frequently sharing a phone, privacy is an important issue.

According to Nick Oketch of the Paradigm Youth Network Organisation, which developed Lucy, chatting to her is the same as chatting to anyone else on the platform, “except she’s probably a lot more knowledgeable”. The bot works through artificial intelligence and uses verified information, which is relayed through text. Oketch and his team populated the bot manually, and use natural language processing to keep it real. So far, 13,000 young people have interacted with the bot, and Oketch is now setting up six drop-in centres equipped with computers and mobile phones, for adolescents in rural areas who don’t have access to the internet.

Pakistan has some of the world’s highest levels of foetal, neonatal and maternal mortality, with remote mountainous areas in Gilgit and Chitral particularly badly affected. Nighedaasht is a maternal health app for use by community midwives to digitise antenatal care, strengthen the referral system between remote midwives and doctors at health centres and hospitals, and educate midwives using video. In the first four months of 2019, the app was used to help 1,224 mothers and 556 deliveries. Funded by the Aga Khan foundation, there are plans to expand the app to include recording children’s growth and immunisation status.

In December 2012, Jyoti Singh died of her injuries after a horrific gang rape on a Delhi bus. The case shocked India, and led Elsa Maria D’Silva to create Safecity, a crowdmap for sexual violence in public spaces, which is now available as a mobile app. Users can upload reports of sexual harassment and violence and the information is collated as location-based trends, visualised on a map as hotspots.

“Before this, women often didn’t report incidents of harassment. They were silent, so no data was captured,” says Tanya Echaporia of Safecity. “Now we can see trends and patterns, of stalking, groping, petty theft, or worse. Women can make better choices because they have more situational awareness, but the data can also be used to hold institutional service providers to account.”

Safecity is now available in Cameroon, Nigeria, Nepal, Kenya and Trinidad and Tobago, and in several languages including Arabic, French, Portuguese and English. It has been used by several police forces, railway operators and community groups, resulting in better policing, increased street lighting and greater safety for women.

Shivani Siroya founded the credit app Tala when she discovered that a third of the world’s population don’t have a credit history, and have no financial identity. Siroya had worked in banking, but didn’t know how to code. She rolled up her sleeves and learned how to do it.

In developing countries, women often share a phone with other family members. The Tala app allows multiple users to use the same device, with their accounts protected by passwords. Tala creates a credit score for people who have no formal financial history, by analysing what it calls “daily life data” on the person’s phone (with their permission) such as receipts for utilities. People can borrow up to US$500 within minutes.

“Our concept is, if we understand your daily life, then we trust you,” says Siroya. “Once women have a bank account and a phone with a password, they also have the capacity to save.” Tala is available in Kenya, Tanzania, India, the Philippines and Mexico (Android only).

Intimate partner violence often goes unreported, and while victims may reach out to family and friends, they are often not equipped to respond. The myPlan app was developed by John Hopkins University in the United States to offer a way for people to undertake a risk assessment on their relationship. The app includes an educational component about healthy relationships, but it also highlights the red flags that indicate a risk of violence. Information about the app is disseminated via college campuses and health providers, and is designed to reach those who don’t typically seek out services.

After the risk assessment, the app encourages the user to undertake a priorities exercise, which helps them to create their own safety plan and provides them with contact details for resources nearby. myPlan is available in the US in English and Spanish, and is now adding a Canadian adaptation, as well as a Kenyan version in English and Swahili.